Content- fun and catchy content. It makes the world turn around as love and money do. Being a great content creator is tantamount to becoming a great artist. This is why you should learn the secret of making from a catchy and unique source.

So where do you source materials for content? Just go to Youtube! Whether it’s for memes, movie analysis, interviews, etc. Youtube has it all. Of course, you can’t just download A youtube video and use it for your purposes (beware of copyrights, you may be fined for infringing them!). There are ways to get around copyright, and one of these is through screen capture.

Your very lucky fellow content creator. Today, I’ll teach you the art and science of capturing still images from videos on Youtube. That said, let’s stop beating around the bush and get to it!

Knowing how to capture videos on youtube is very handy. For some people. taking screenshots from youtube videos is handy for creating content such as memes. Believe it or not, most images used in memes come from movie clips ( Thor and Daenerys Targaryen meme is just hilarious! ). Also, it’s useful for transcribing video tutorials into written guides, To make it short, Youtube might be your best choice of sourcing unique and quality images for various uses.

Is There A Default Screen Capture on Windows and Mac?

First, let me teach you how to get a screen capture from a Youtube video in Windows:

Step 1: Open your browser, go to youtube, and play a video.
Step 2: To capture the scene you want – Press the CTRL button, hold it, then press the PrtSc button ( this button is located on the top left of your keyboard).
Step 3: Click the windows search box ( this is the magnifying glass thingy next to the Windows icon).
Step 4: Type “paint”.
Step 5: Open the paint software.
Step 6:Press the CTRL button, hold it, then press V on your keyboard.
Step 7: After doing this, the image of the youtube video will show. Save it on your preferred folder and you’re done.

Doing screen capture in Mac is more straightforward compared to Windows. These are the steps that Apple provides for users to capture their screens.

Step 1: Open the browser, go to youtube, and play a video
Step 2: To capture a scene – Hold the shift button, command button, and 4 at the same time.
Step 3: A thumbnail will then appear after this. You may choose to edit this or wait for it to be saved automatically.
Important note: Aside from capturing the entire screen, Mac also allows users to capture a specific portion of the screen, or capture a window or menu. For capturing a specific portion of the screen, just drag the crosshair that shows after doing step 1. On the other hand, you have to hold the space key too to capture a window or menu.

After doing the abovementioned steps, you might have discovered that capturing a specific scene with precision is hard through Mac and Windows’ default screen capture. Pressing keys all at once messes your timing. This is why default screen capture in Windows and Mac won’t do for advanced purposes.

What’s The Easiest Way To Capture A Still Image from Youtube Video in Windows and Mac?

Using 3rd party software is the best method to capture still image from youtube videos. These programs will allow you to do a screen capture by clicking the mouse or pressing a hotkey. Speaking of 3rd party software, I recommend you to use Aiseesoft. Aiseesoft is built for beginners. Its interface is very clean and doesn’t have intimidating options.

How To Get Screen Shot From Youtube Video With Aiseesoft?

Finally, we reached the climax of our discussion. Allow me to teach you how to use Aiseesoft. Don’t worry, I won’t be using a lot of jargon in this section and I will use plain English as much as possible.

Step 3: A desktop shortcut is created by default after installing Aiseesoft. Click the open now/start now button to get started.

Now that Aiseesoft is up and running on your PC, it’s time for you to follow these steps to get a screenshot of a youtube video.

Step 1: You have to configure the hotkeys of Aiseesoft to capture still image from a youtube video with ease. To do this, click on the customize tab located on the top right corner of Aiseesoft’s interface ( this looks like 3 horizontal lines stacked on top of each other).

Step 4: By default, the screen capture hotkey is set to “Ctrl+Alt+C”. Clear this then change to “CTRL+Space” (this one is easier to press!) 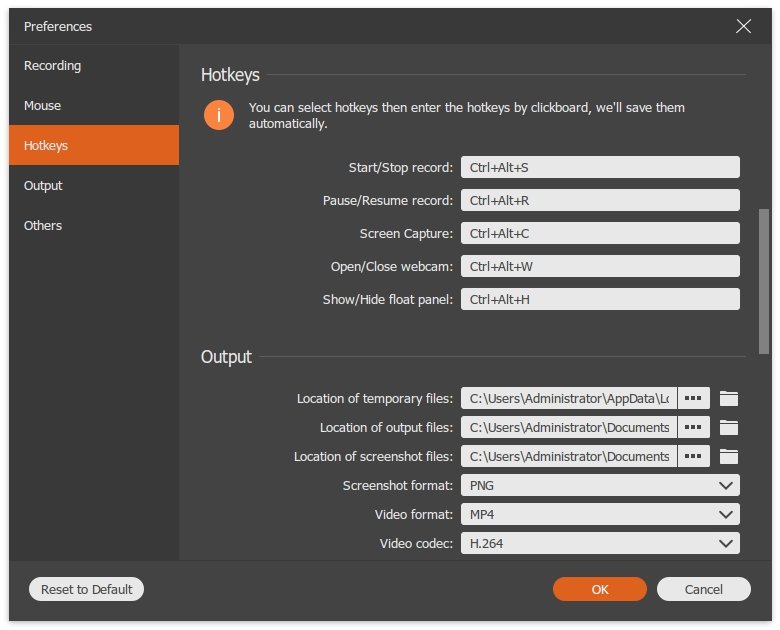 Step 5: Open your browser, go to youtube, and play a video. Don’t forget to play the video in fullscreen mode.

Step 6: Press CTRL+V to capture scenes that interest you.

Step 7: After doing step 6. a large crosshair will appear. Click and Aiseesoft will freeze the screen for you. At this moment, all computer operations will be put to a halt and your PC’s entire screen will be treated as an image.

Step 8: Click the save button, choose a format, rename, and put the captured image in your preferred folder. All PC operations will go back to normal after saving.

Conclusion: Key Things To Remember When Capturing A Youtube Video

Aiseesoft is great, but everything works better if you use techniques. In capturing a youtube video, ALWAYS put the resolution to 480, 720, 1080, and 1440 pixels. Doing this will allow you to capture clear images Also, using youtube’s playback speed function will be useful. This will allow you to do a screen capture with more accuracy. Lastly, don’t forget to turn off the subtitles.

We’re done! Get Aiseesoft now and capture a still image from youtube in an instant!