Watching movies with HD resolution, the 720P and 1080P, is a treat to the eyes. What about a 4K Blu-ray disc? That’s the paradisiacal comfort to our retinas and mind,  rinsing the tears and sweat with its vivid frames.

No one can ever doubt the joviality of playing a 4K Blu-ray and the demanding preparations. To have the ultimate visual pleasure, you have to get a 4K Blu-ray player and a 4K-compatible device like a 4K TV.

Having all the expensive equipment set up, the last thing you want is the 4K Blu-ray disc to become unplayable due to some deep scratches or fading. Nobody is willing to get up off the couch and drive all the way out to the store to get a new disc.

To avoid that, you can create your own digital 4K Blu-ray movie collection. How to do that? Easy, download a 4K Blu-ray ripper program on the PC. Then, rip the 4K movies out from the disc as digital files to our computer.

You can do that ripping on all the Blu-ray discs you have, HD, 3D, 4K UHD, etc. As a result, you can have a cinema-class 4K movie library on your computer or cloud service. I think you’ll be pretty “painful” later – struggle to choose one movie from so many 4K sources.

Now that I think you’re in, right? Okay, in the following sections, I will tell you two helpful 4K Blu-ray disc ripper programs and take one as an example to show you some steps. You can take a look at them and maybe if you’re interested in either one, get it on your PC and start creating your 4K collcection right away.

The first one I’m going to introduce is the echoshare Blu-ray Converter, unlike the second one you’ll be looking into later, this echoshare one is a doddle that you can master within seconds.

Download the program, launch it, click this button, and boom, the project is done. Will it take you more than one minute? Well, I think no, unless you want to try all the features it has.

Though the program is easy to use, don’t worry about the output quality. As introduced, it’s a 4K-supported Blu-ray ripper,  you insert a 4K Blu-ray disc, the program will take that and give you a lossless video file in preferred format (one from 500 supported formats). By the way, the program supports 5K and 8K resolutions, too. 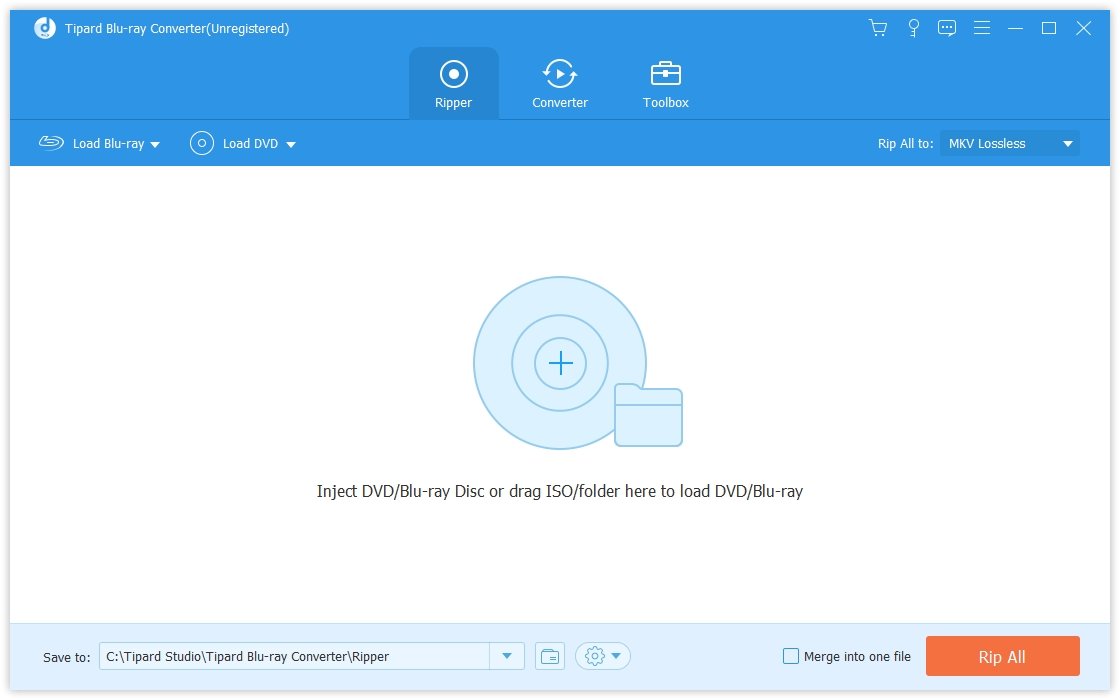 Besides the 4K resolution, echoshare supports Dolby 7.1 Surround Sound, which can help you get the source audio out from the movie without quality loss. Enjoy the crystal clear vocal and background music then. 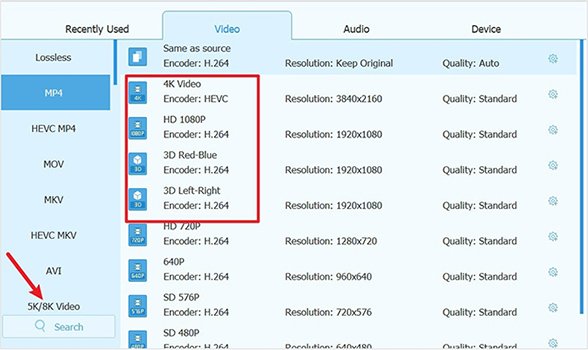 Find it pretty useful? Download it through the buttons below.

Now, I will show you some steps of using this 4K Blu-ray ripper program. You may follow them later.

Back to the program, click the Load Blu-ray button on the interface to load the 4K disc in. 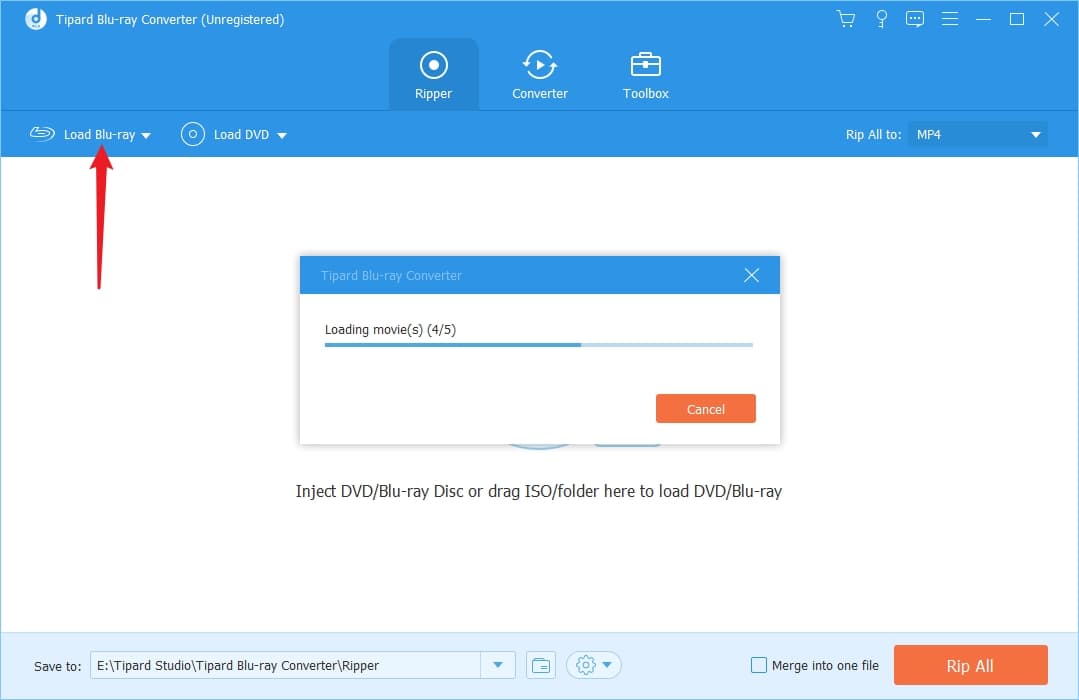 In just a second, the program will finish processing the 4K Blu-ray disc and display the main movie on the interface.

Actually, you can click the Rip All button right now to rip the movie out of the disc without the other clips. Don’t worry about the format and quality. This 4K ripper will import the 4K movie as an MP4 video without quality loss. 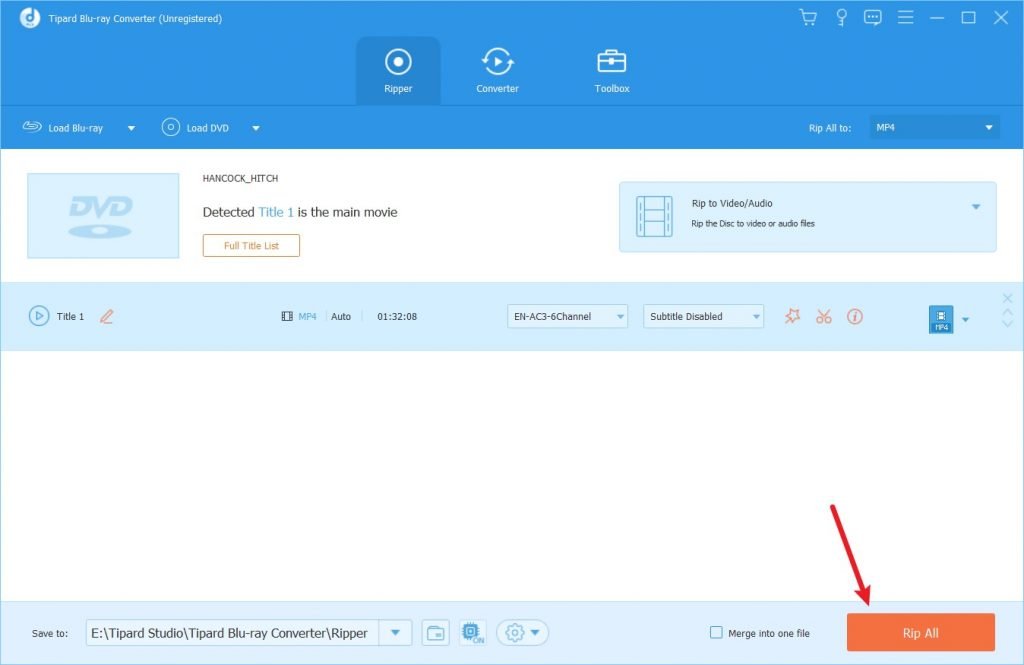 But if you tend to rip some or all the clips, click on the Full Title List button and select the target videos. Exit the window and you can do further customization, like choosing the audio channel and subtitle track, changing the output format, deciding output destination folder, etc.

After finishing all the setup, click Rip All to start. Wait for a while, and echoshare will open the folder and show you the output 4K Blu-ray movie there. Enjoy it then.

The other 4K ripper is the leading icon of the industry, the Leawo Prof. Media. Having been working on the Blu-ray field for nearly 20 years, the Leawo 4K ripper boasts itself as the world’s top media converter, which is very possibly true. 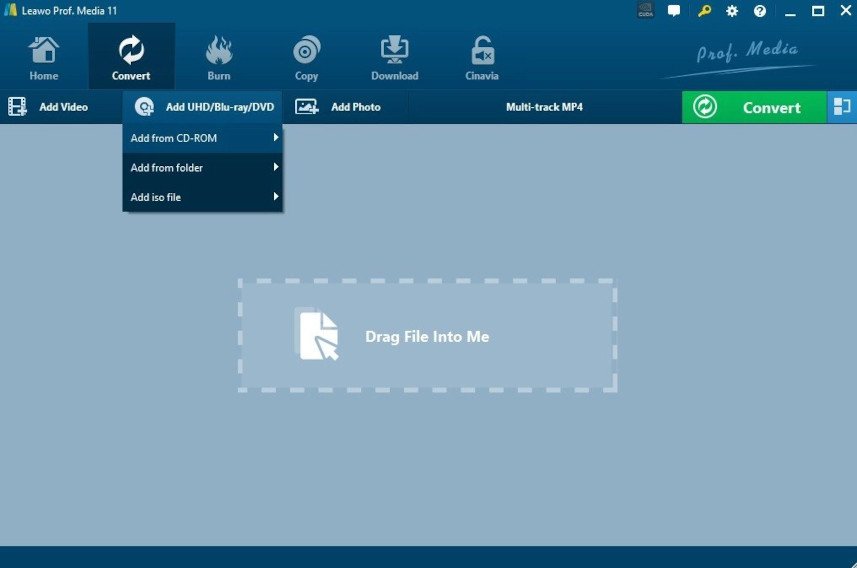 Being one of the first few 4K Blu-ray ripper programs, you can always trust Leawo. For 20 years, countless movie makers use it and create their own Blu-ray libraries with ease. I believe that you will get the same result as others have.

Supporting 4K UHD, 3D lossless ripping, you will surely have your 4K movie ripped from the disc with full resolution. Offering three modes, you’re available to decide which video inside the disc that you’re about to rip. Also, the format, subtitle, and audio are all under your control.

Under this feature, you just need to copy the link address of a webpage and click the Download button, you can literally extract the movie or music from this page without restriction. No matter it’s a YouTube 4K movie, Netflix TV series, or Disney cartoon, you have the URL, you have the video. 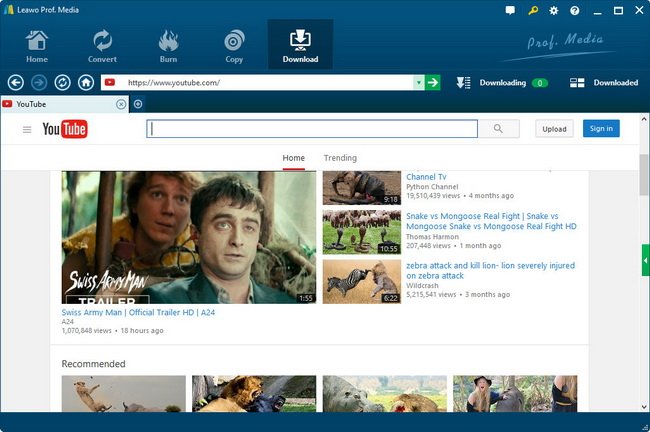 Now, many online movie sites offer a 4K movie area for avid movie fans. Download the program, not just get a 4K Blu-ray from the disc, but the world’s website.