How to Record Live Streaming Videos: Take Control of Your Schedule

Live streaming video is ubiquitous nowadays. Popular entertainment platforms, such as Netflix and Hulu, and social media videos, such as Facebook, YouTube, and Twitter, offer people access to tons of high-quality content videos broadcast alive every minute. However, these live streaming videos are oftentimes temporary and cannot be paused without losing the information.

We live in a fleeting world where everything is fast. The live stream video recorder offers an opportunity to capture the information that would otherwise disappear quickly. For you to record streaming video, an easy-to-use yet powerful screen recorder is a must.

You can record live streams on a variety of platforms.

One powerful and versatile tool to record a live stream is Aiseesoft. Here are simple steps for you to follow to record live streaming video.

Step 1. Install and Launch the Aiseesoft Live Streaming Video Recorder for your PC or Mac

Download the software that records live stream to your computer.

Run the installation files and then launch the live streaming video recorder by clicking the “Video Recorder” button on the home screen.

Double click the “Video Recorder” button to launch the video recorder. Customize the recording area by selecting “Full” or “Custom”.

Also, click on the “Preferences” to change default settings regarding Recoding, Mouse, Hotkeys, and Output formats.

If you will be away for a while, you can specify the predetermined period to record a live stream by setting parameters in “Set record length” or “Task Schedule“.

Click the “System Sound” button to simultaneously record the video and system audios. But please remember to de-activate the “Microphone” to prevent recording noise from external sources.

Click the “REC” button to start the recording, then you will have a 3-second countdown before the recording starts. 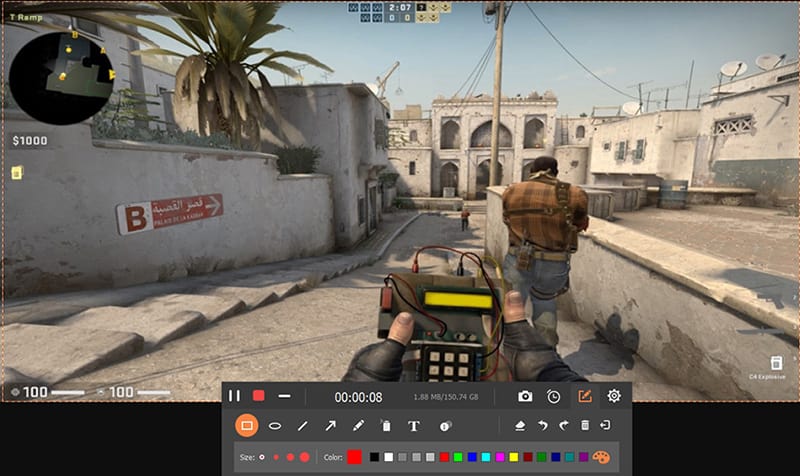 After you stop the recording, the program will provide a preview of the recording before the video is saved to the local drive.

Step 4. Save and Edit the Video (if Needed)

Applications are available for all kinds of web browser extensions (e.g., Chrome, Firefox, or Opera) to record live streams. One useful and intuitive Chrome extension is Fluvid. Installing the extension is easy. Just search the add-on in Chrome, and then add the extension to Chrome. After installing the Fluvid, click the extension tab and select the “Live Stream” module. The rest is rather straightforward.

4. Other Software to Capture Streaming Video

Open Broadcaster Software (OBS) is a popular open-source screen recorder among video gamers, but you can also use the program to capture streaming video online.

Filmora Screen Recorder is another popular tool available for Windows PC and Mac to record live streaming video. Like most screen recorders, Filmora can simultaneously record the videos and audios, as well as provide a variety of functions to edit and share the recorded videos that records live stream.

Can I record separate streams?

It depends on the software. Some software (e.g., Movavi) has the option to capture separate streams. After you enable the corresponding function, Movavi will record the webcam, on-screen video, and audios as separate streams.

How to record streaming video from two monitors or screens at the same time?

Yes. Some programs such as Aiseesoft Screen Recorder allow you to simultaneously record two monitors.