Fraps is a famous screen capture program, though it hasn’t been improved for the last 7 years, it’s still helpful when you want to make a video for game sharing.

But if you’re about to record your Windows 10 desktop action for lectures, video tutorials, or video conferences, Fraps cannot satisfy your need. You need to find a Fraps alternative to do the job that Fraps is not capable of.

Why can’t you use Fraps to record desktop in Windows 10?

In 2015, Microsoft established Windows 10 Operating System. Microsoft has planted its most advanced technologies in this new item, including the latest Windows desktop system. There’re a massive amount of advanced features on the desktop system like the Virtual Desktop, Action Center and Task View, etc.

How about Fraps? In 2013, Frap had its last update, and no more ever took place. The inadequate capability of this last-updated-in-2013 cannot run under constantly progressing Windows 10 desktop.

If your computer is still running Windows 8, 7, or below, Fraps can still be very helpful. For those Windows 10 users, you can switch to a more advanced screen recorder to record your Windows 10 desktop.

1. How to record your desktop with Fraps in Windows 7/8

Fraps is known to be easy-to-use, even a beginner can use it to make a video easily. Here’s how you can use it to record a video.

Visit the official website, and download the software on your PC. Currently, only the Windows version is available. 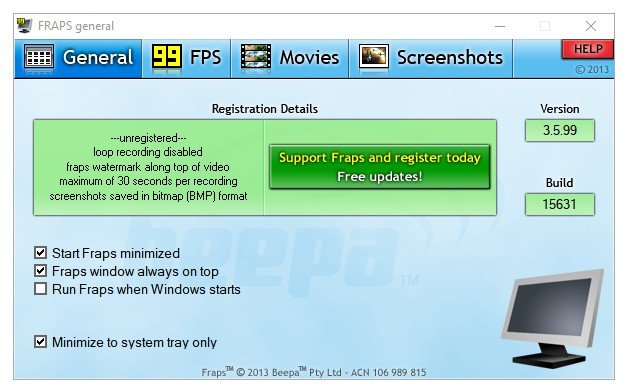 Step 2 Set up the video recording

Launch Fraps, and before starting to capture, set it up first. 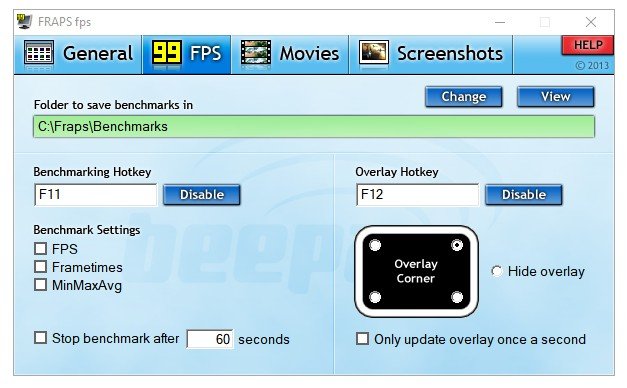 Finish deciding your custom settings, you can start to record your desktop.

Step 3 Record a video with Fraps

If you’re about to record a game screen, minimize Fraps first, and launch your game. Hit F9 to start recording your game screen, hit again to stop. You can also press F11 to start benchmarking.

This is how Fraps works, you can try it yourself. You may also take a look at the problems that you might encounter while using the software.


2. Problems that you will encounter while using Fraps

Since the latest version of Fraps is updated in 2013, errors have been reported. For example,

Fraps was indeed useful in the 2010s, but now, it can hardly satisfy people’s need in desktop or gameplay recording. Here, you can take a look at a powerful Fraps alternative that can help record anything you want, Aiseesoft Screen Recorder.

3. Use a powerful Fraps alternative to record desktop/Chrome in Windows 10

Here, you can use Aiseesoft Screen Recorder, one of the most powerful screen capturing software in cyberspace.

Screen Recorder can perform so many tasks for you. No matter you want to record your desktop or other onscreen actions for gaming sharing, online lectures/conferences, or tutorials, Screen Recorder will help you record a video with high quality.

These are what Screen Recorder can contribute:

Find it attractive? Come and try it yourself.

To record your desktop, choose Video Recorder on Screen Recorder.

On the Video Recorder window, you can choose to proceed with a full-screen capture or a custom-region capture.

Then, depending on your need, choose the audio source of your video.

After deciding the audio source, click REC or press the default hotkey “Ctrl + Alt + R” to start recording. During the recording, you can add markups on the video with the in-app editing tool, including some texts, lines, arrow, and other symbols.

Finish recording, click Stop or press “Ctrl + Alt + S” to end the recording. Screen Recorder will open a window to display the video, you can preview it there. 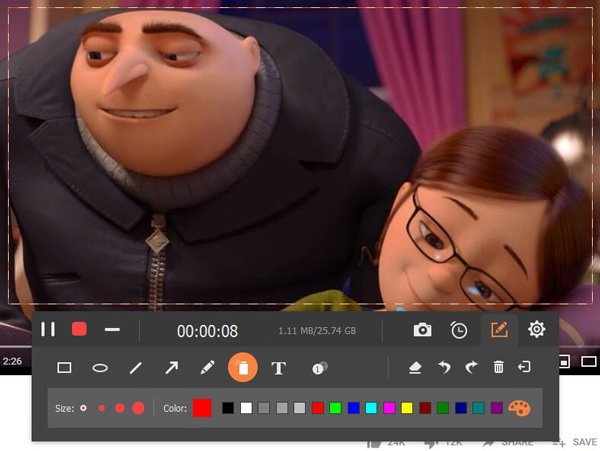 In this way, you can have a perfect video for recording your desktop or other onscreen actions.

Also, as mentioned before, you can customize multiple properties on Aiseesoft Screen Recorder, like format, hotkeys, quality, mouse movement, etc.

On Menu, go to Preferences to set up your personal settings for recording. 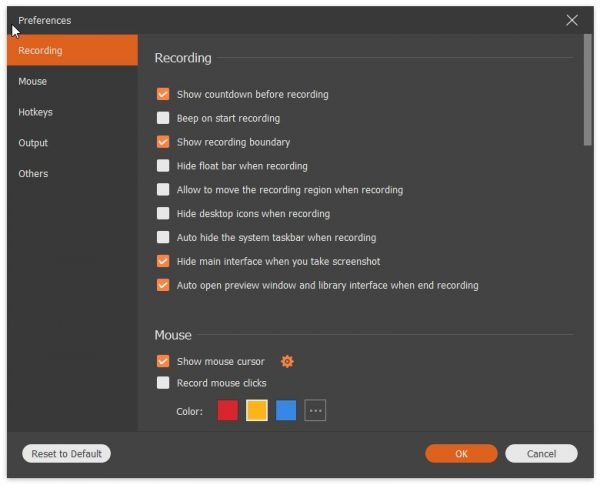 Get to know more about Fraps: