How to Record CyberPunk 2077 on Windows with No Lag

The revolutionary Cyberpunk 2077 is released in late 2020, which marks the year’s most important event for game lovers.

Ever since the release of the first demo in 2018 and the delay in 2020, this RPG game is finally available in the last month of 2020, which eases the pain and suffering of this miserable year.

Now on YouTube, Discord, and Twitch, we can see so many videos and demos from individuals and officials showing the in-game action, including the character creation, views of the gameplay, mission engagement, tutorials, etc.

If you want to share the process of yourself creating a great-looking figure, how you trigger a side quest, or the completion of the mainline, try to record your Cyberpunk 2077 gameplay. Have no idea how to do it? Continue your reading and find out how to record Cyberpunk 2077 on a Windows computer without lag. 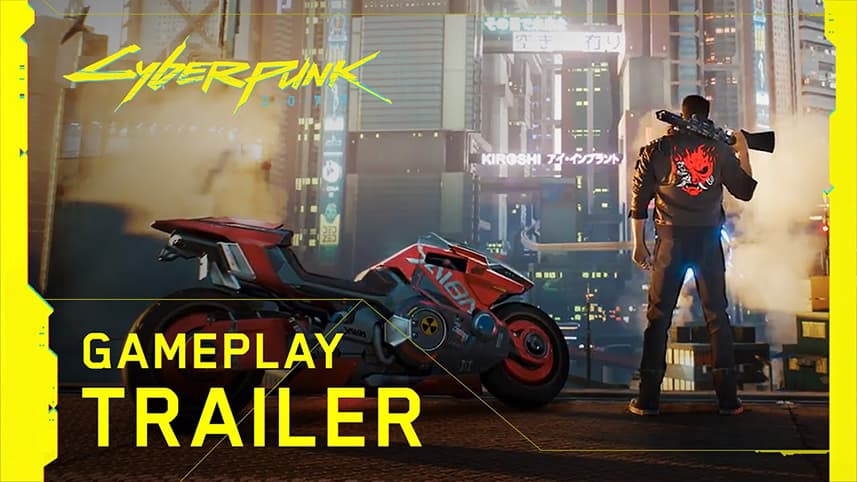 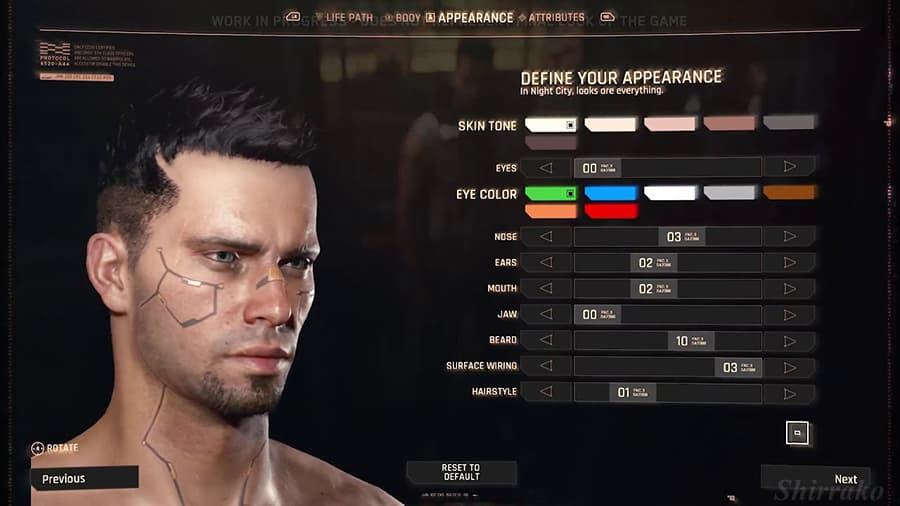 Also, you can explore every corner and room in the megacity – Night City, and if you’re lucky enough, you may bump into a side quest that brings extra entertainment and challenge. Be careful when you try to complete the mission since every choice you make in the process of completion will affect the irreversible result.

2. Recording Cyberpunk 2077 gameplay with no lag

Now, if you’re interested in recording the Cyberpunk 2077 gameplay for YouTube or other personal purposes, the following method will help you record the character creation, mission process, or any in-game actions that you prefer to share with people.

To record Cyberpunk 2077, you will need to download a gameplay recorder program on your computer. Take into account that the process of Cyberpunk 2077 is such a burden to your computer hardware, you’d better choose a lightweight screen recorder to capture the gameplay. Here, you may try the recommended Aiseesoft Screen Recorder, one of the most popular screen recording software for gameplay and YouTube video.

To record your heavyweight Cyberpunk, this is the optical choice that combines the gaming experience and output quality.

Steps to record Cyberpunk 2077 with no lag

Step 1 Set up Aiseesoft Screen Recorder on your computer

After the installation is complete, launch the software. We need to set up the program for recording gameplay now.

On its interface, choose Video Recorder. On this tab, decide the recording area and audio source for the output video. 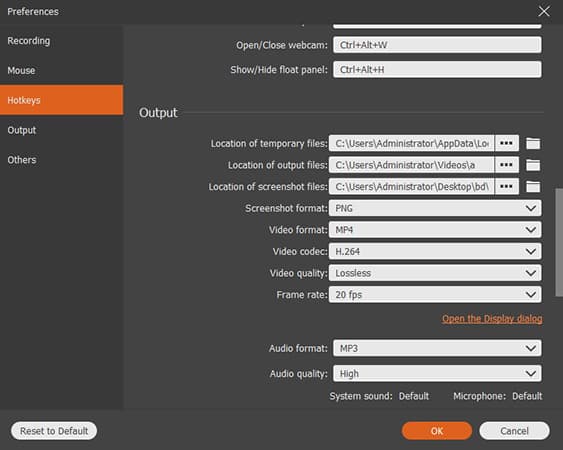 Now, minimize the Video Recorder window and launch Cyberpunk 2077 on your computer. You may start a new game and create a new character, hit Ctrl + Alt + S to record the character creation.

Or, you may load up a previous game record and carry on the mission. Hit Ctrl + Alt + S to record the in-game action. 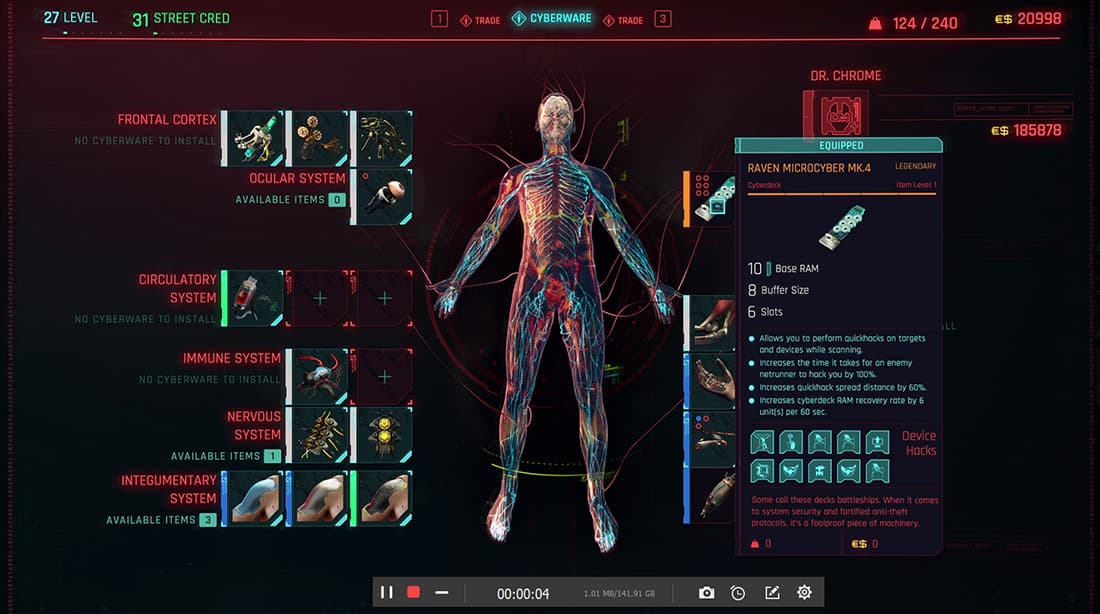 To finish the recording, hit the same hotkey or click Stop from a floating panel.

Tip: The panel will not be recorded and added to the output video.

Step 3 Save the output

Then, Aiseesoft Screen Recorder will open a window for you to preview the video, you’re available to trim it as well. 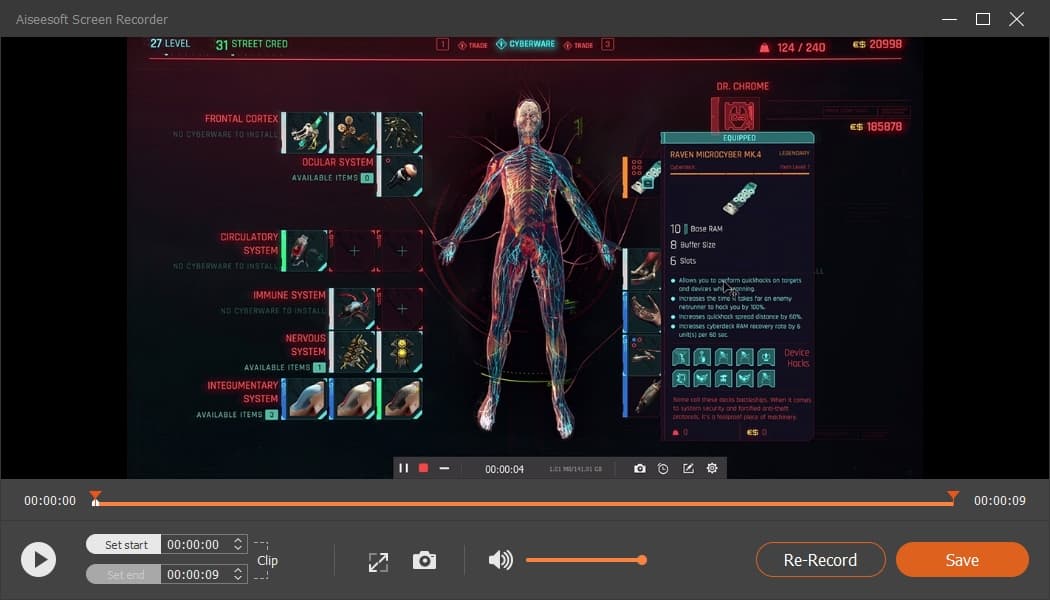 Being satisfied with the gaming video, click the Save button to export it to a default or custom folder. You can later upload the MP4/WMV Cyberpunk 2077 video to YouTube or other sites. 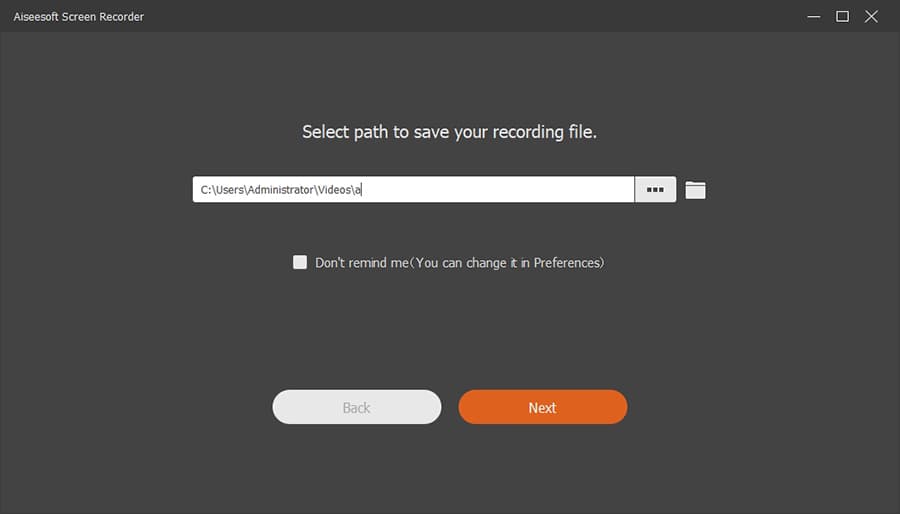 Cyberpunk 2077 is a very demanding game that you need to run on a pretty high-end computer. Otherwise, you’ll have disastrous gaming experiences like lags, freezing screen, delay, etc.

In this part, we’ll be discussing what it takes to run the Cyberpunk 2077 gameplay on your computer.

The picture above is the official specs information of Cyberpunk 2077, we will break it into several parts.

First, if you’re obsessed with the storyline and give no interest to the frame quality, follow the RECOMMENDED column under the RAY TRACKING OFF tab.

Note: The GTX 780 and Intel Core i5, though they’re listed under the MINIMUM column, are not suitable for smooth gameplay. Don’t want to experience lags? Keep it RECOMMENDED.

About Ray Tracing and NVIDIA DLSS 2.0:

Above is all the important information that you need to know for recording your Cyberpunk 2077 gameplay with no lag on a computer. You may pick up Aiseesoft Screen Recorder and start to record the gaming action. Note that your computer should be eligible to carry the gameplay process.

Some people may love to record any gameplay with some game recorders like OBS and ShadowPlay, however, these apps always come with errors. If you’re having the same problems while using OBS and Shadowplay to record Cyberpunk 2077, you can solve the issue from the links below.