What is Apex Legends?

Apex Legends developed by Respawn Entertainment and published by Electronic Arts. And it is a free-to-play battle royale game. The game was released on February 4, 2019 for Microsoft Windows, PlayStation 4 and Xbox One, without any underlying announcement or marketing. Nintendo’s Switch version is scheduled for release by the end of 2020. And Apex Legends will also be available on more platforms. The gameplay combines traditional Battle Royale play, the professional play of hero-shooters like Overwatch, and some of the gameplay mechanics of Titanfall. Matches consist of up to 20 teams, each made up of 3 players who each control one of the unique hero characters.

There is no better feeling than getting down an enemy after a difficult headshot. For a long time, we were unable to share these moments with our friends and teammates, making them think our greatest claims were ridiculous. With the capacity to record and share gameplay, those days are gone. We can now prove with real records that we took those incredible shots. So, if you want to be one of the few top gamers recording your Apex Legends game play in outstanding quality to YouTube, Facebook or any other platforms, do not fall behind your fellow players and learn how they do it right now. Here I have three ways for you to record your Apex Legends game play video. You can just skip straight to the method that you need by clicking the links as below.

Aiseesoft Screen Recorder enables you to record Apex Legends game videos with optional recording area. When you play the game, you can record the microphone audio to save the voice chat. In addition, you can highlight your mouse cursor to display it on the screen, which is a simple control. Most importantly, if you want to pause or resume the recording, you can press the hotkey. You can set the hotkeys according to your preferences.

First, download the Screen Recorder for free and install it on your Windows PC.

Before you start recording, you may want to adjust some settings, such as the volume balance between the microphone and system sound, the size and position of the camera on your screen, microphone noise reduction, and more. There will be a record-setting and you can set the preferences as you like. See the following steps:

Step 1: Launch Aiseesoft Screen Recorder and it will present four options. Now choose the first one “Video Recorder”. And then, you need to set the exact resolution of the clip. You may choose “Full” or “Custom”. You can choose to turn on / off the “System Sound” and the “Microphone” and control the volume.

Step 2: In a few minutes, you will see a recording control bar of the Aiseesoft Screen Recorder appear on the screen. Then you can start Apex Legends.

Step 3: When you are ready to start recording, press the “Rec” key or the hotkey “Ctrl +Alt +S”. You can also use it if you want to stop recording. 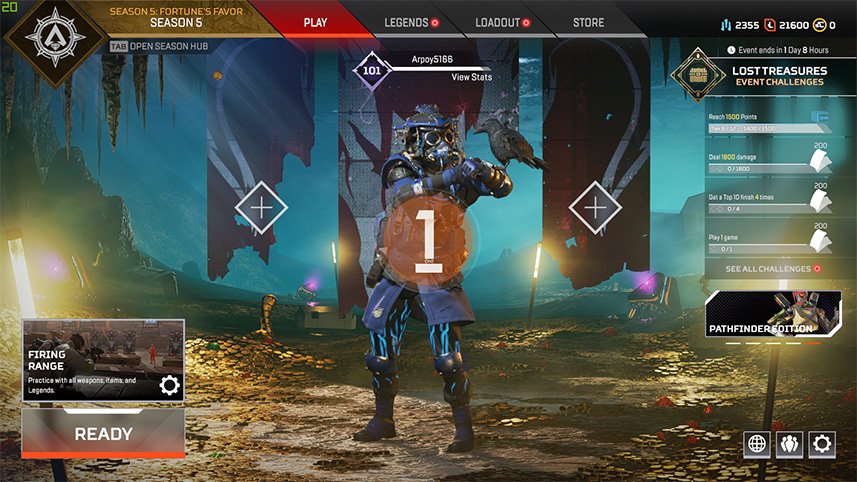 Step 5: When you want to stop recording, you can press the stop recording hotkey to watch the video. Then click “Save videos” to download the recorded WMV/MP4 Apex Legends video to your PC.

Step 6: Your saved video will appear in the “Recording History”. Select it from the list of recordings on the left to view it. 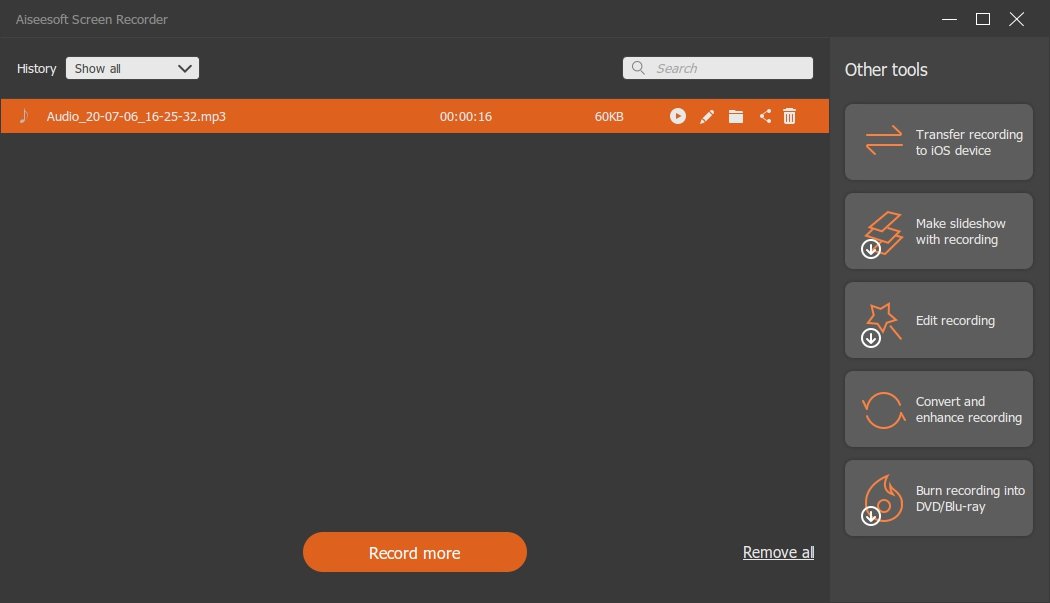 In this way, you can record Apex Legends video conveniently with more guided functions to facilitate you.

For both Nvidia video cards and AMD video cards, there is official driver control software designated for them. They are Nvidia GeForce and AMD Radeon with which you can record gameplay. First, let’s talk about the recording with Nvidia GeForce first.

Step 1 Launch GeForce control panel, if this is the first time that you open it, you will be asked to log in first. If you don’t have an account, register first.

Step 2 In the menu bar of the main screen, click the triangle-like icon to open the in-game overlay.

Step 3 On the overlay screen, go to settings where you can change the shortcuts and recording video file location.

Step 4 Then start Apex Legends and press the shortcut that you just set up to start the recording. If you haven’t changed it, it will be Alt+F9 by default.

Step 1 Open Radeon and click Relive on the menu bar to enter settings, if you can find Relive on your RADEON, please reinstall RADEON and select to install Relive during the installation.

Step 2 Enable Relive by toggle the switch button. Now you can see the full settings of Radeon Relive recording. It is recommended to change the save path and record hotkeys.

Step 3 Now you can launch Apex Legends and Start record your gameplay with the hotkey that you just assigned.

The Xbox Game bar is a built-in feature of Windows 10 which lets you easily take a screenshot, record gameplay, and put your gameplay live without installing other software. So let’s see how you can use the Xbox Game bar to record Apex Legends Game Play.

Step 1 Go the Settings and enter Gaming as below. Toggle the button to enable the Game bar feature. And configure the keyboard shortcuts if you like. Remember the shortcuts, especially the one to start and stop recording which is Win + Alt +R by default. It’s better for you to write down to avoid repeated lookups.

Step 2 Open Apex Legends and start your recording. If you want to get more about Xbox Game Bar, press Win + G to launch the control panel.

That is all methods to record Apex Legends that I want to share with you. I hope this guide will help you to record your first Apex Legends game play video and keep your game play highlights forever.