A Mac computer seems to be capable of helping you with almost everything, but playing a Blu-ray movie isn’t included.

So far, Apple’s plan of installing a drive that can read Blu-ray discs on a Mac is still in the misty void. All the Macs are shipped out without the capability of reading Blu-ray discs, accessibly, complains about Mac cannot play Blu-rays have raised as we live at a point where Blu-ray movie becomes normal.

Fortunately, there’re ways to watch a Blu-ray movie on a Mac despite the absence of a capable drive. And you will find the details of how to play Blu-rays on Macs in the following content of this post. Just keep on reading.

Can your Mac play Blu-rays? Of course, it can.

As for every Mac computer, a lack of BD drive makes it incompatible with Blu-ray discs. Accordingly, there’re 2 ways to watch a Blu-ray movie on your Mac. One is to get yourself an external Blu-ray drive and insert it into your Mac. The other is to download BD movies from some movie sharing sites or community instead of popping into a Blu-ray disc.

A Blu-ray disc requires specific drives to read and play, the pre-installed DVD drive on old Macs and the external Apple SuperDrive are ineligible to do the work. If you rent or purchase a Blu-ray disc and plan to watch it on your Macintosh, well, a powerful Blu-ray drive is the must-have.

Tip: To narrow down choices of Blu-ray drives on Mac from endless lists, you may read: Best Blu-ray Drives for iMac/Macbook/Mac Mini. 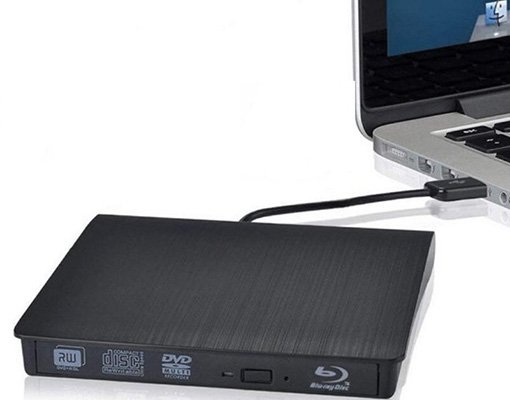 If you don’t want to buy the external drive, you can forget about inserting a Blu-ray disc and start to download online BD movies from some sites like Filmxy and YTS.am.

Besides the Blu-ray drive and online BD movie resources, you still need the media player software for Blu-ray playback. The Blu-ray format is the most advanced optical digital storing format in our daily routine that requires special codecs to decode and play. Comparatively, QuickTime and a bunch of regular players are ineligible to play BDs since they lack certain codecs to read and play the disc.

Prepare these for your BD viewing on your Mac:

How to play Blu-ray movies on Mac with the best Blu-ray player software?

Assuming you have already purchased a Blu-ray drive and insert it into your Mac or you download a BD folder from some movie sharing sites, here are 2 of my recommendations to play Blu-ray movies on your Mac computer.

Among so many Mac BD players in cyberspace, Aiseesoft Mac Blu-ray Player is always the one that leads the industry ever since it was published several years ago.

Aiseesoft Mac Blu-ray Player, with its great decoding capability, defeats those without. The program is one of few that can decode and play a Blu-ray movie in 5 seconds as others might take a minute. 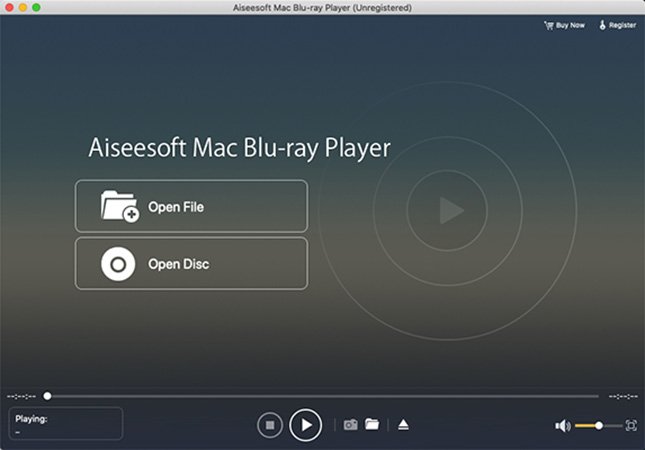 Apart from the powerful decoding, it can also give you ultimate pleasure from the viewing of high-quality motion pictures. Supporting UHD playback and Dolby 7.1 surround sound, the frames and sounds of the playback will be devilishly great.

Additionally, the program is very easy to use, you can master it and start a BD playback in seconds without any practice at all.

Find it great? Download the program on your Mac and give it a shot.

Then we will see some steps of using it to play Blu-rays on Mac.

Step 1 Launch the program on your Mac computer 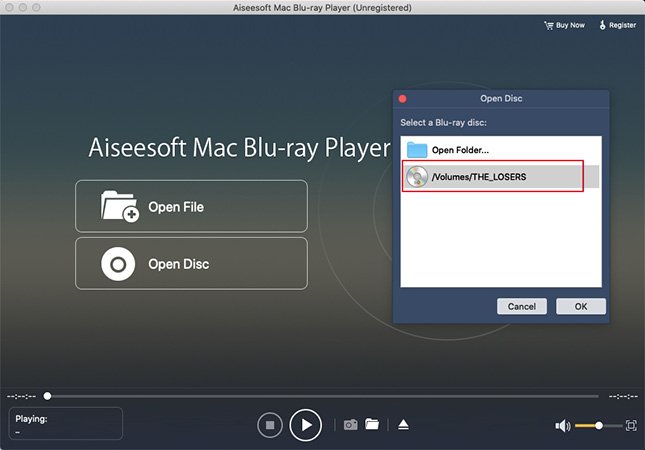 You can also click Open File when you download a BD folder from the Internet or rip one from a Blu-ray disc.

When the decoding is complete, this BD player will display the pictures for you. Click Play Movie and enjoy the frame then. 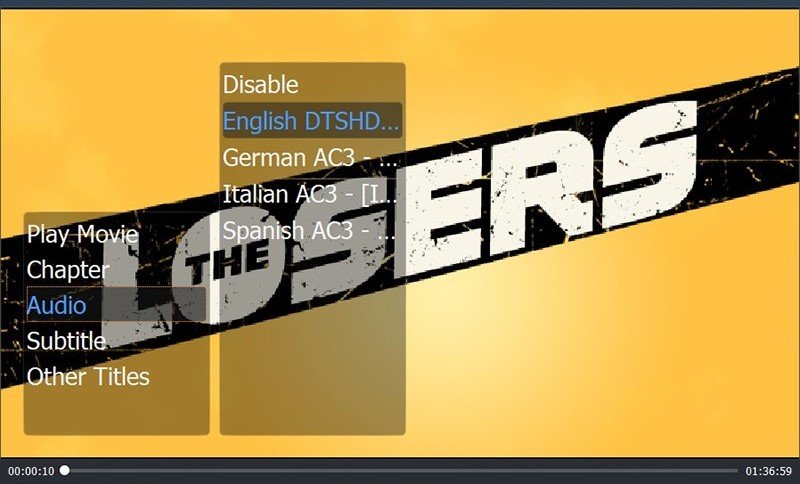 How to play Blu-rays with DVDFab Player 6

As one of the absolute leaders of the Blu-ray player industry, DVDFab Player 6 helps movie views to build a computer-based theatre.

You can manually add disc contents as well as other movies into a custom Library so that you can later watch the Blu-ray movie without popping into the disc anymore. 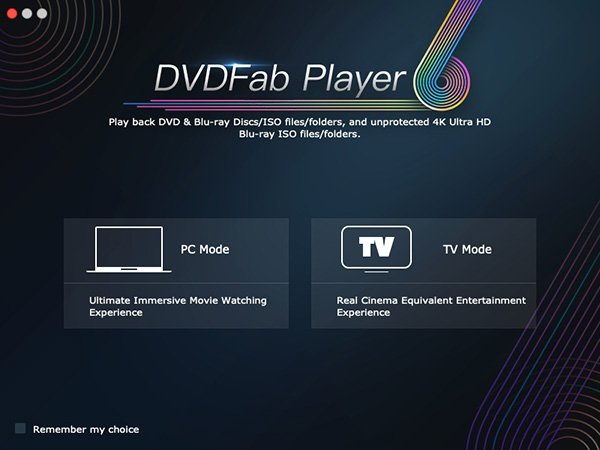 Throw in a bunch of playback services like 3D vision, 4K resolution, HDR 10, and hardware acceleration, DVDFab Player 6 rewards you with a solid performance in frames showing. Besides, the ensemble of Dolby 7.1, DTS, and TrueHD is the gift for those who yearn for perfect sound effect.
Let’s take a glance at the detailed steps then.

Step 1 Launch this BD player on your Mac

On its interface, it will prompt you to choose a mode to watch movies. Both PC and TV modes share the same features. What differs them is the PC Mode is more suitable for small-sized monitors like laptops and TV Mode is great for big screens.

Step 2 Start to play the Blu-ray

After you choose the mode, this BD player will display the icon of the disc under the Disc list. Click the green Play button to start the playback. 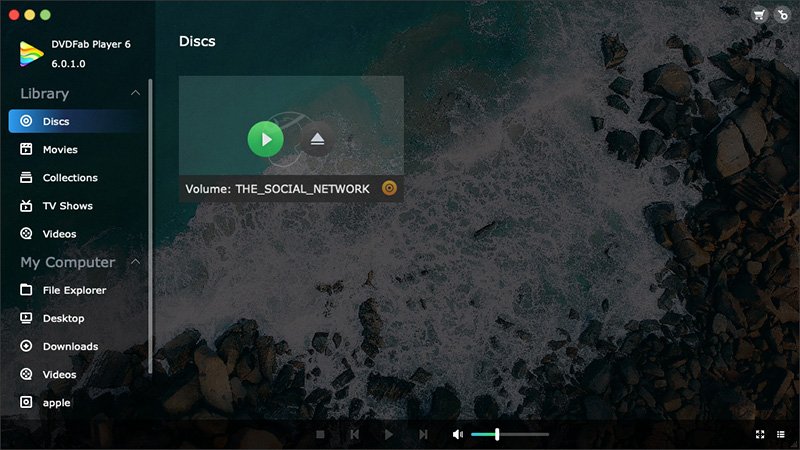 Step 3 Have fun with the movie

DVDFab Player 6 might take a few seconds to decode the movie and finally display the images for you. Just have fun then. 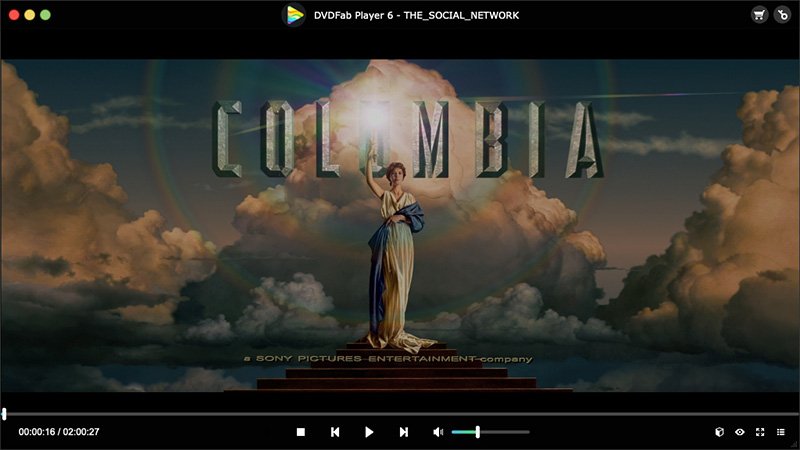 Tip: ‘The disk you inserted was not readable by this computer’

If you bump into against the notification of “The disk you inserted was not readable by this computer” by the time that you pop a Blu-ray disc into the external BD drive, well, follow these methods to fix the error.

Method 1 Pop the Blu-ray disc out and unplug the BD drive. Then, replug the drive into your computer and insert the disc after that.

Method 2 Click the Initialize button on the notification box.

Method 3 On your Mac, go to Preference > System Update. Then, upgrade your computer system if there are any available updates.

Method 4 Try to insert another Blu-ray disc to see if the previous disc is something wrong.