With OBS Studio, streaming and recording our screens and gameplay become an elementary task. As the program goes more pervasive, flaws begin to trickle out among its users. One of which the OBS users have complained a lot about is the OBS Encoding Overloaded issue.

When confronted with this issue, you find that OBS  won’t stop the recording process and just get stuck on the Encoding overloaded error.

To solve the OBS Encoding Overloaded issue, we must understand the reason for it initially.

Why OBS won’t stop recording and get stuck on Encoding Overloaded?

Encoding is the critical process in which your computer converts and produces a target video.

If the encoding gets overloaded, it means your computer hardware cannot handle the video production. Maybe because your CPU and GPU are ineligible. Also, a video with high standards like 4K resolution and over-60 fps will be the reason.

What will happen when an overloaded encoding happens?

Once the encoding is overloaded, your hardware will stop the video creation. Though the OBS recording is still on the run, the GPU and CPU will not output anything anymore literally.

As a result, when you click the Stop Recording button on OBS subjectively, it will prompt you the sigh of Encoding overloaded and won’t stop the recording because the recording is not complete technically, the video is just half-way done.

In this case, you can never have that video anymore. All you can do is to shut down the entire OBS process. However, if you try to restart a screen recording directly with any optimization, well, the OBS Encoding Overloaded issue will hit you again.

In order to take advantage of OBS successfully, you must fix the issue first. Check out the 5 solutions below to get rid of the disturbing error. You can apply to one or all of the optimizations as you like.

“Consider turning down video settings or using a faster encoding preset”, this is what OBS will suggest you do when it prompts you that the OBS encoding is overloaded.

Now, let’s follow its suggestion and modify the video settings.

On the Output tab, set the Output Mode into Advanced first. Then, enter the Recording segment, and focus on the following options.

Here, the optimal video format will be flv, a file format that takes the least CPU resources and produces the smallest file size.

If you yearn for an mp4 or mkv video, you may convert the flv footage to the desired format later.

Note: Some may want to create a 4K video, which is not recommended when OBS Encoding Overloaded issue occurs. If you stick to it, set the Bitrate as 8,000.

Next, move to the Video tab to downscale the resolution and fps.

A video with high resolution will be a treat to our eyes, but it’s torture to your CPU as well. You’d better set the resolution into 1080p or 720p based on the Bitrate value you just set.

The maximum value of Common FPS Values is 60 which is adequate for a published movie. Use it or something a bit lower.

Bear one thing in mind: Do not change into Integer FPS Value and set the value higher than 60.

Tips: If you want to have a perfect recording with OBS, you can read The BEST OBS Recording Settings and modify your configurations.

By default, the OBS encoder property is Software (x264). When the encoding is overloaded, you can switch to a more powerful Hardware Encoder to help improve the CPU encoding performance.

If the OBS recording process occupies too many CPU resources, you can reduce the CPU usage of OBS to fix the encoding overloaded error.

On your OBS, click Settings and go to Output Mode. Here, you need to set the Output Mode as Advanced.

Scroll down and find CPU Usage Preset, under this option, if you set a higher value, OBS recording will make use of fewer CPU resources.

By default, the value is verfast, you can set it as ultrafast or superfast.

Assuming that amid the OBS recording process, there are other programs running on your computer that occupy part of the CPU resources, your OBS can only use the rest, as a result, the encoding overloaded issue is very likely to be triggered.

Therefore, you need to shut down those unnecessary programs on your computer and free up the CPU space. 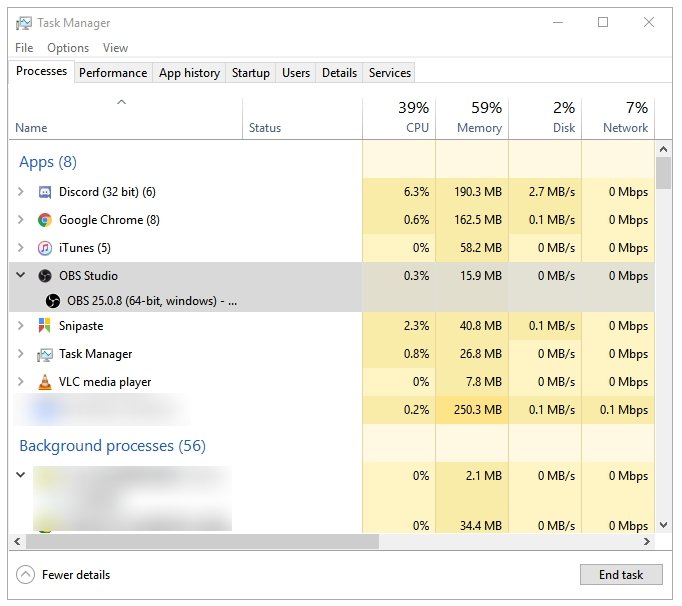 5. Switch to an OBS alternative

OBS is very demanding, it needs to run under the support of high-end hardware. If your computer is equipped with an inferior CPU and RAM, why not can try a lightweight screen recorder?

If having fewer errors is better, then the Aiseesoft Screen Recorder is one of the best screen recorders ever made.

From the moment that I started to use it which is months ago, it has incredibly zero bugs and errors.

The absolute stability roots in extreme simplicity. Programmed as lightweight, it may not be the most powerful by any means, not the most professional, either, but the most considerate and simple.

Despite the simplicity, the program is doing excellent in screen recording due to its lossless recording capacity which is very rare in the industry. You don’t need to worry about having a fuzzy video at all, that will not going to happen.

Besides, in-app editing, shortcuts to start, multi-audio recording, and loads of custom properties are just a few among countless good features that you should choose it. 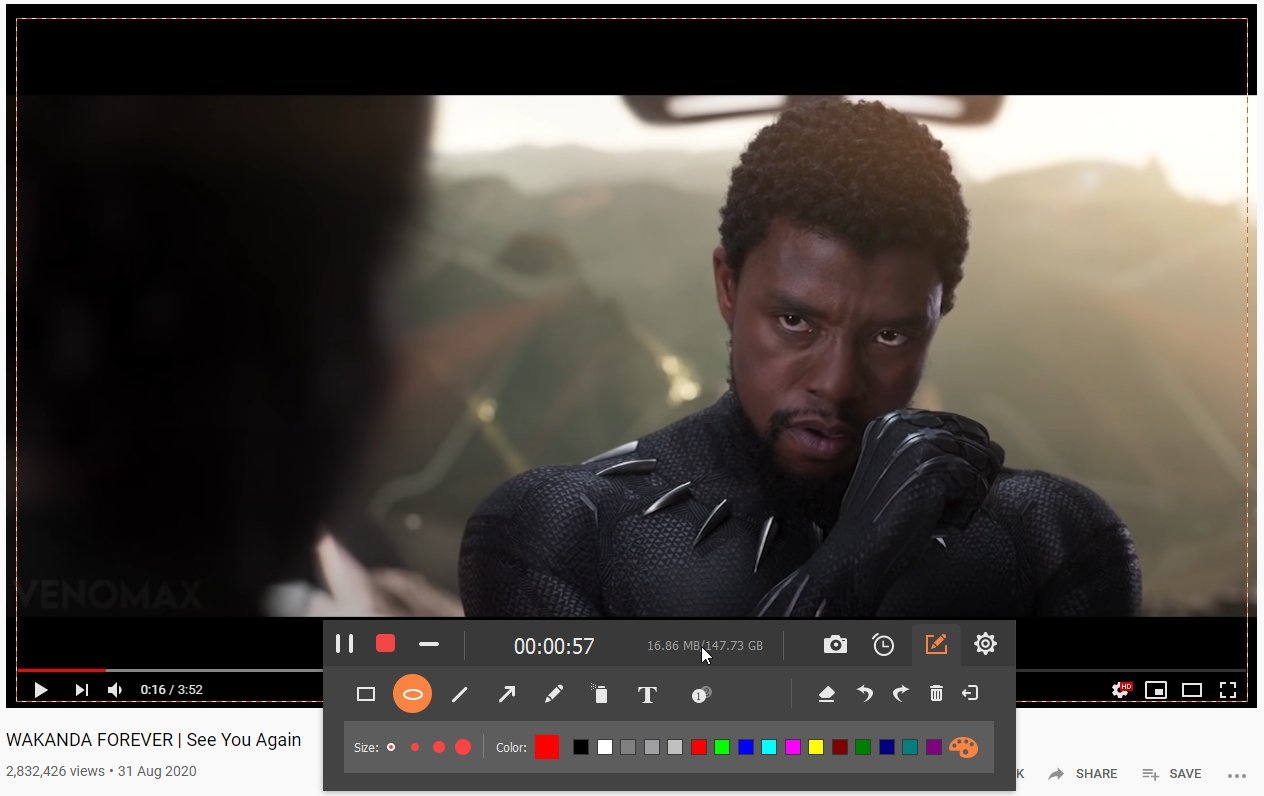 To find out more, you can try to download the program and use it free.

5 methods to fix the OBS Encoding Overloaded issue are very clear to you now. You may try the first 4 methods altogether to improve the encoding performance of your computer. Or you can just cut to the chase and use Asieesoft Screen Recorder, the one that has less bugs, to record your screen.