Blu-ray is, without a doubt, one of the greatest technologies in the world of portable media. Not only is it a cheaper, more portable alternative to Hard Drives for data storage, it is also extremely reliable. Nevertheless, what makes it so innovative is not the amount of data it can store. Rather, it’s the fact that it is the only optical drive that can handle extremely high-quality video and audio, 3D and even 4K Ultra HD.

It is no wonder that as Blu-ray products are becoming more accessible, people are turning to them for their entertainment needs. Yet, amazing as it is, the world of Blu-ray is not as easy to navigate. When you go to the store, for example, to buy a Blu-ray disc, you see a multitude of options (BD-R, BD-RE, BD-RW, BD-XL, and Ultra HD Blu-ray) but very little in the way of explanations.

It is this lack of explanation that we are going to rectify in this article. To be precise, we will analyse each of the above terms and give you all the specifications you need to know.

Blu-ray discs are split into three different categories based on an equal number of factors: Functionality, capacity, and content quality.

By functionality, we mean the number of times one can burn data on a disc. In that regard, discs can be divided into single-use (BD-R) and multiple-use (BD-RE/RW)

Blu-ray Disc Recordable or BD-R for short is the most common and cheapest type of Blu-ray disc available. They can only be written on, once. Therefore, once you have decided what to write on them, this is what they’ll have on for the rest of their lifespan.

The second category is BD-RE/RW (Blu-ray Disc Recordable Erasable / Rewritable). These are similar to their BD-R counterparts with one distinguishing characteristic.As the name implies, BD-RE/RW can be written on, erased, and then written on again several times. This makes them more versatile than their single-use equivalents.

Tip 1: BD-RE is a newer, improved version of BD-RW. BD-RE drives will read both BD-RE and BD-RW while BD-RW drives will only read BD-RW.

Tip 2: It might be useful to understand how disc data transfer works, at this point. Blu-ray discs are a blank canvas on which one can write by making small grooves, called pits. The number and shape of these grooves is a complex language that can be decoded by Blu-ray readers and translated into video. audio, or other types of files. Some discs (BD-R) can be written on only once, while others (BD-RE/RW) can be erased and written on again like a blackboard.

Another way to tell the different kinds of Blu-ray Discs apart is by capacity. Here, we have four categories, BD-SL, BD-DL and BD-XL ( which can be -TL or -QL).

The four sizes are as follows.

Note: It should be noted here that BD-SL and BD-DL are the varieties of Blu-ray you are more likely to find in most stores. This is due to the fact that BD-XL discs require very expensive players to run, have very few everyday uses, and are incompatible with most Blu-ray management apps.

If you really have some big files that cannot fit in a BD-SL or DL, try splitting the files and burning them to several discs instead of using a single XL.

After functionality and capacity comes the quality. Here, there are two types of Blu-ray discs, Regular Blu-ray and Ultra HD Blu-ray.

Despite the word “regular” Blu-ray discs can still handle an impressive 1080p which is what we consider high-definition video.

Now that we know that much more about the different types of Blu-ray discs, wouldn’t it be great if there was a program that could help us put this knowledge to use? A program that would give us all the tools to become our own movie producers?

Well, we do have just the thing for you, Leawo Prof. Media.

A veritable jack-of-all-trades, Leawo is the ideal solution for all your Blu-ray-related needs. It offers an impressive array of tools including but not limited to a Blu-ray ripper, a Blu-ray converter, a movie creator, and a Blu-ray burner.

But it’s not only versatility that you get with this amazing piece of software. Leawo uses revolutionary technologies like NVIDIA CUDA, ATI Stream, and Intel to provide fast quality results.

And all that, with the ability to save money by purchasing only the tools and features that are right for you.

Here is why Leawo is the right choice for you:

With Leawo you get all the tools you would ever need for your Blu-rays. 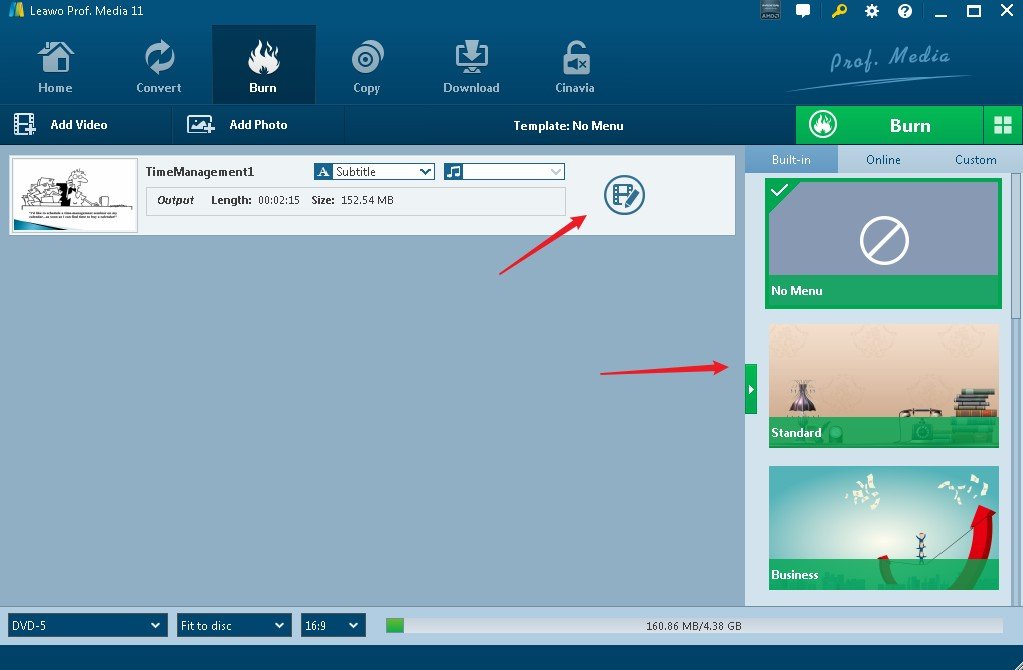 Leawo helps you let the producer in you shine with a complete set of powerful video editing tools that you may use to:

Tip: If you are not feeling creative, Leawo has several templates and the ability to download more from the internet. 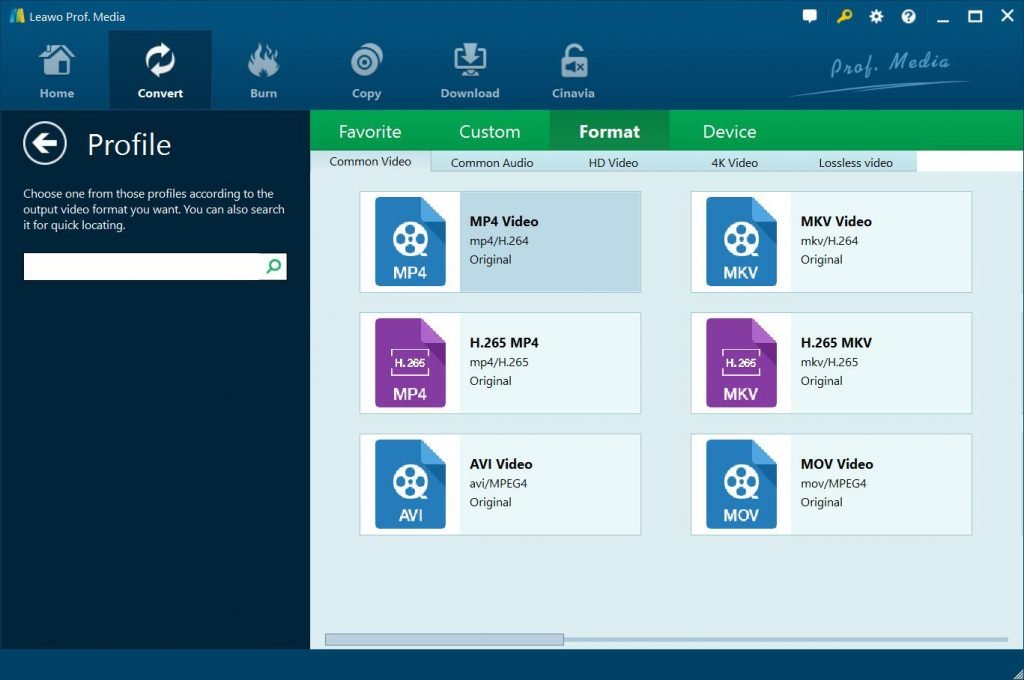 Thanks to Leawo’s use of top-notch technologies, like NVIDIA CUDA, ATI Stream, and Intel you get to enjoy high-quality results in just a few minutes, every time. Without putting too much strain on your computer. Despite being a professional app, Leawo is very mindful of new users. Its “Home” tab doubles as a quick guide to all its amazing tools for those that have zero previous experience.

Whether you’re a veteran or a newcomer to the world of Blu-ray, the sheer number of Blu-ray Disc types available can be quite daunting. In this article, we go over each one ( BD-R, BD-RE, BD-RW, BD-XL, and Ultra BD Blu-ray) and explain their uses.

How many hours can a blu ray disc hold?

A 25GB Blu-ray disc will hold about 135 minutes of HD video or 10 hours of standard-quality video. However, depending on the format used, this number can vary vastly.

With proper care, most Blu-rays will last about 20 to 50 years. It is always advisable, though to try and make copies or digitising them for storage.

How many times can you rewrite a Blu Ray?

Most Blu-ray disc manufacturers claim that their BD-REs can be rewritten up to 10,000 times without losing quality.