Are you planning to make money by making video game streams or reaction videos? If that’s the case, you should learn how to record your face and computer screen at the same time. Doing this is very easy with the right tools and software at your disposal.

I’ll give you a quick tutorial for doing this. I’ll talk about the best software to record yourself with your PC screen, frequently asked questions, and other handy details.

Does Windows Have A Face Recorder and Screen Recorder By Default?

Just for you to know, you can access the voice recorder function by searching it on the search bar of your PC. You can also access the self recorder and screen recorder by doing the same.

What Are The Tools That You Need to Record Screen and Face at the Same Time?

What Are The Best Screen Recorder Software in The Tech Market?

There are 3 screen recorder software that I recommend; Aiseesoft, OBS Studio, and Apowersoft Unlimited. I’ll talk a little about these products here.

OBS studio entered the tech scene in September 2012. However, the stable version of this software was recently released in April 2020. Hugh Bradley created this 100% free screen and self-recording software. OBS works perfectly for a free program. It doesn’t give watermarks, the recording quality is good, and it doesn’t bust your PC. However, my issue with OBS is that its interface is not well designed. If you’re a beginner, expect to view video tutorials before mastering OBS.

Apowersoft is another software that you need to try. Apowersoft’s interface is okay and you won’t have trouble using this product if you’re smart enough to make sense of its options. You can connect this software to mirror your smartphone’s screen on the PC monitor. Furthermore, you can add effects such as texts, filters, etc, without stopping your recording.

OBS and Apowersoft are great for professionals. But if you’re new to screen recording, I suggest that you use Aiseesoft.

Aiseesoft is a paid screen recording software that’s very easy to use. This software allows you to specify which parts of the pc screen you want to record and save internal audio. Also, Aiseesoft can record you and the PC screen at the same time with minimum setups.

Recording Yourself and PC Screen: Step By Step Tutorial

Follow these simple steps to record yourself and PC screen at the same time:

Step 2: Locate the Aiseesoft installer on your downloads folder and run it.

Step 3: Open Aiseesoft to get started.

Step 6: To set how much of the screen you want to record, just change the default values on the recording size option. This is found on the left edge. By the way, the default value is 910×512. You can also opt to go full screen by clicking the “Full screen” button.

Step 7: To turn on the webcam, just click on the webcam toggle. This is the second option after the “Recording size“. Turning the webcam on will allow Aiseesoft to generate a pop-up window that shows your face. You can drag this window and place it everywhere you like on the PC screen.

Step 8: You have to turn on the voice recording function if you want your voice to be part of the recording. Just click the “Microphone” toggle to do this.

Step 9: You can also incorporate internal audio if you want. This is useful if you’re making reactions or video game streams. To enable this feature, all you have to do is click on the “System sound” toggle. The volume is adjustable. All you have to do to adjust is to drag the slider left or right. The slider is placed under the speaker icon.

Step 10: You can also set the record length. The “Set record length” is found at the bottom portion of the interface. Using this feature will allow you to automatically stop recording and turn off Aiseesoft.

Step 11: Check if all the necessary functions are turned on. After this, click the “REC” button to start.

Step 12: Click the big red square to stop recording. Aiseesoft will take you to the video editing interface after this. The video editing function will allow you to remove parts of the recording that you don’t want. However, it doesn’t have further functions such as effects, filters, etc. 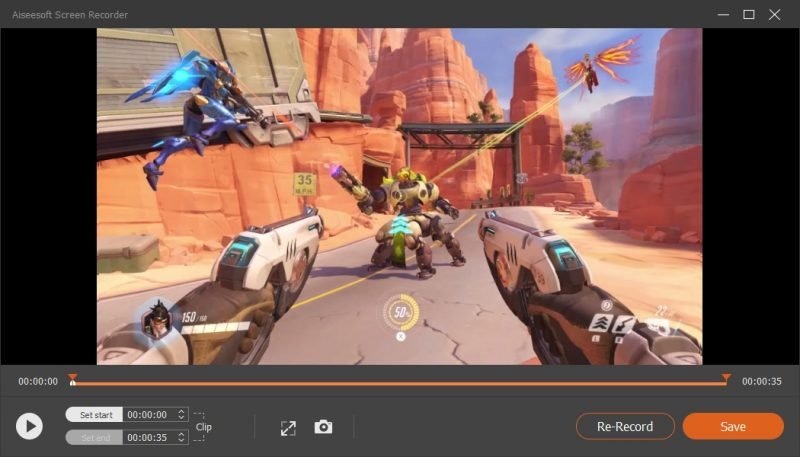 Is Internet Required For Recording Yourself and PC Screen?

How Do You Install External Microphone Headset and Camera on PC?

You can install the external noise-canceling microphone headset and camera in Windows by plugging it into one of the USB Ports. Expect to go wireless (Bluetooth connection) if you’re using the latest MAC computers on the other hand.

Is The Recording of Yourself and PC Screen Editable?

The recording of yourself and the PC screen is editable. Just be sure to save it in the formats that are supported by video editing software such as PowerDirector, Lumen5. Corel. Filmora, and many others.

Are There Online Screen Recorders?

Aiseesoft will do well for making simple video game streams or reaction videos. You may even use the PC screen and self recorder function for webinars, and online tutorials. However, Aiseesoft’s video editor is lackluster. If you want to put effects, you have to use other apps such as Cyberlink and Lumen5.

Overall, Aiseesoft is great for recording your face and computer screen at the same without lots of technicalities. This software will get you started making money by creating content. Install Aiseesoft now!