OBS Tutorial: How To Record Screen With OBS(Window/Game/Browser)

We’ve been enamored with its professional and magnificent recording performance, and aside from the whole recording features, a live streaming feature makes the program seemingly capable of everything.

It helps Youtubers and bloggers produce the best gameplay or how-to videos, helps teachers and students to capture an online lecture, and helps employees to record some important video meetings.

However, many users, even some who use OBS for a while, find it difficult to use.

The exclusive terms and hard-to-navigate puzzle the users, which makes them cannot record with OBS. That drives people mad that you have the right tool in hand but cannot use correctly to create what you want.

To help those who have trouble using OBS, I will show you the steps to record an app window, gameplay, browser, or video with OBS.

How to record a window/ video/ gameplay/ browser with OBS

Once you follow the steps below, you can easily record any onscreen activities with OBS.

If you haven’t installed OBS on your computer, go to its official site and download it.

Step 2 Set up for recording

Before we use OBS to record something, we need to do some preset. Here, we need to focus on 4 sections, Scene, Source, Audio Mixer, and Control.

First, on Scene, click the plus icon to add a new scene. You can name the new scene with your preference.

Then, move to Source, click the plus icon to add a source for the new scene. From the drop-down list, you can choose one source that suits you most: 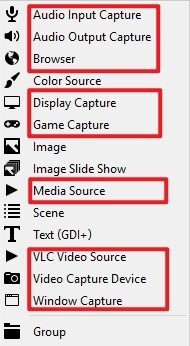 Tip: You can add multiple sources on one scene, except for the Display Capture, as long as your computer can handle such a complex recording task.

After you choose the source for your OBS recording, it will display the content from that target on its interface.

To modify the volume of the video, go to Audio Mixer and drag the slider of each soundtrack.

On Control, click the Start Recording to initiate a screen recording. Once completed, click the same button to stop the process. Your file will be saved on a default folder. 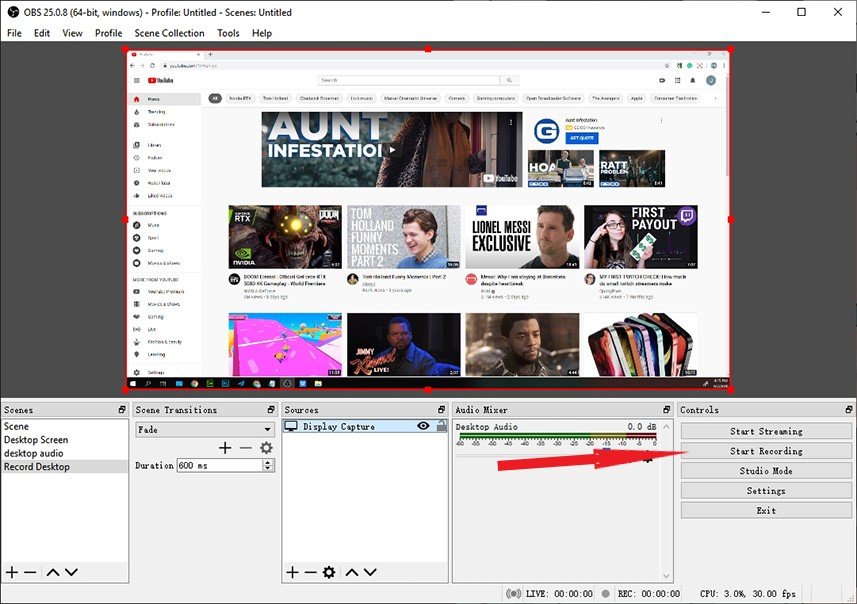 1. What are the best obs recording settings?

OBS gives users the flexibility to modify multiple elements and options, for instance, the resolution and fps of the output video is custom. You can decide the CPU usage of the OBS as well.

To those who want to create a perfect video, you can read the BEST OBS Recording Settings.

2. Where are OBS recordings saved?

OBS will save your file on a default folder. To find it, you need to locate File on OBS’s interface and choose Show Recordings from the drop-down list. OBS will open the folder where it keeps all the videos, you can find the videos there.

To record an mp4 video with OBS, you can click Settings on the lower right. And hit Output, there, you can change the video format as mp4.

4. Why is my OBS not capturing sound?

OBS video is completely silent or not having the microphone sound? You can check why your OBS is not recording sound and fix the problem.

5. How to record Discord audio?

To record Discord audio, you need to set the Source as Audio Input Capture or Audio Output Capture. You may read the post “How to Record Discord Audio” to find out the detailed steps.

For those who dislike the complex operation of OBS or hanker to find a better video recorder, you can try Aiseesoft Screen Recorder.

Aiseesoft Screen Recorder is currently one of the most commonly used screen capture applications. It’s famous for its simplicity and excellent recording performance, once installed, you can set up for a recording and start to record your desktop screen with 2 simple steps.

Besides, with the program, you can create a 1080p/60fps video without stutters. If you’re in the middle of a game, meeting, or movie, use the shortcut activate a screen recording.

Step 1 Launch the app on your computer

On the interface, choose Video Recorder.

You can start a full-screen recording immediately by clicking the REC button or pressing Ctrl + Alt + S on the keyboard.

If you want to record a selected portion, click Custom and use your cursor to modify the target area.

Or, you can click Advanced Recorder and choose Lock and record the window to record a window.

Then you can manually select the window of gameplay, browser, or media player, click Record to begin.

During the recording, Aiseesoft Screen Recorder will display a floating panel.

On the panel, you can click the Pause button if you want to skip some segments. You can modify the volume of the certain audio source as well. 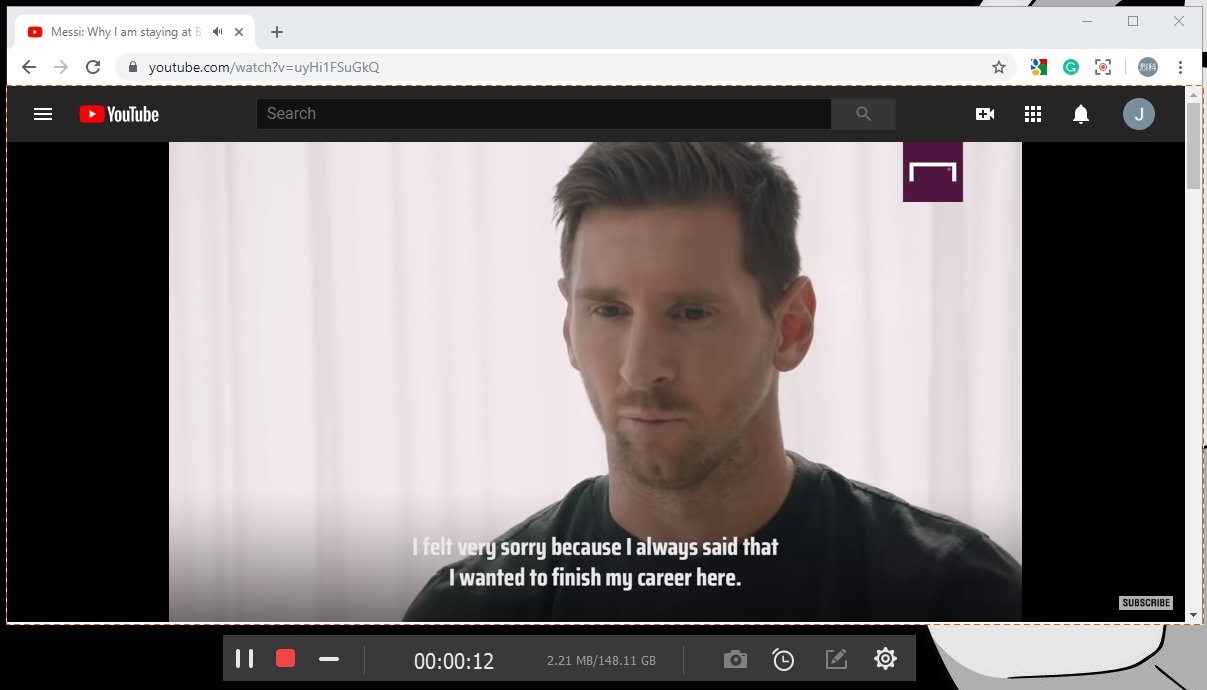 When the recording is complete, click Stop or press Ctrl + Alt + S to stop the process.

Then, the app will open a window to display the video. You can preview the video and trim it. To save the video on your computer, click Save. 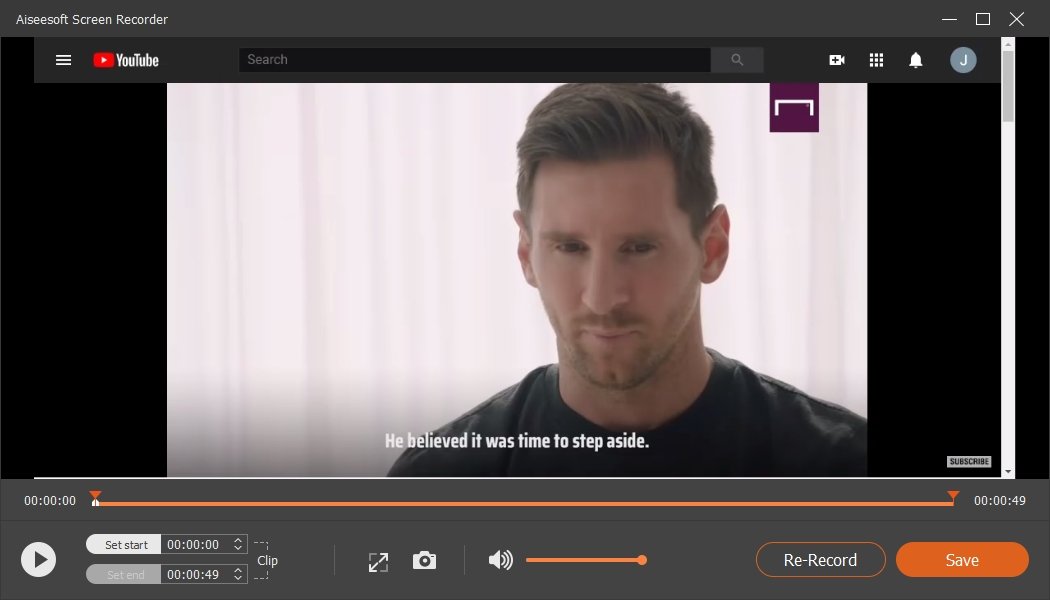 You can locate your file through Recording history on the interface.

Now, you’ve learned how to record your desktop screen with OBS. However, if you’re having puzzles in setting up OBS and using it, you may use an OBS alternative – Aiseesoft Screen Recorder to record a video.