Record Audio: How to Record Voice on Mac with QuickTime&Voice Meme

When a situation arises where you want to record the external sound on your Mac computer, you can always adapt to the built-in audio recording tools – Voice Memo and QuickTime.

So, in this article, I will introduce to you 3  Mac voice recorders as well as how you can use them to record voice on your Mac.

Tip: There’s a built-in microphone on every Mac/Macbook screen, you don’t need to insert an extra one when you want to record your own on Mac.

1. How to record voice on Mac with Aiseesoft Mac Screen Recorder

As one of the leading Mac voice recorders, Aiseesoft Mac Screen Recorder can help you record all sounds on your Mac in high quality.

With Aiseesoft Mac Screen Recorder installed, you can easily record your voice and the computer sound at a time while most Mac voice recorders are only able to record the microphone sound.

Besides the excellent audio recording capacity, this voice recorder is also programmed with a massive amount of useful features. For instance:

Now, let’s learn how to use Aiseesoft Mac Screen Recorder to record voice on your Mac.

Step 1 Install the software on your PC

Step 2 Start to record your audio

On Audio Recorder, you can choose the sound that you want to record on your Mac.

Turn on the Microphone option when you’re going to

Or you may turn on the System Sound option when you’re about to:

You can turn on both options if you need to.

Now, the application will record the sound from the chosen audio source. A panel will appear and show you the length of the audio.

When you finish recording, click Stop or press the hotkey again to end the process. A new window appears, there, you can preview the audio and clip it. 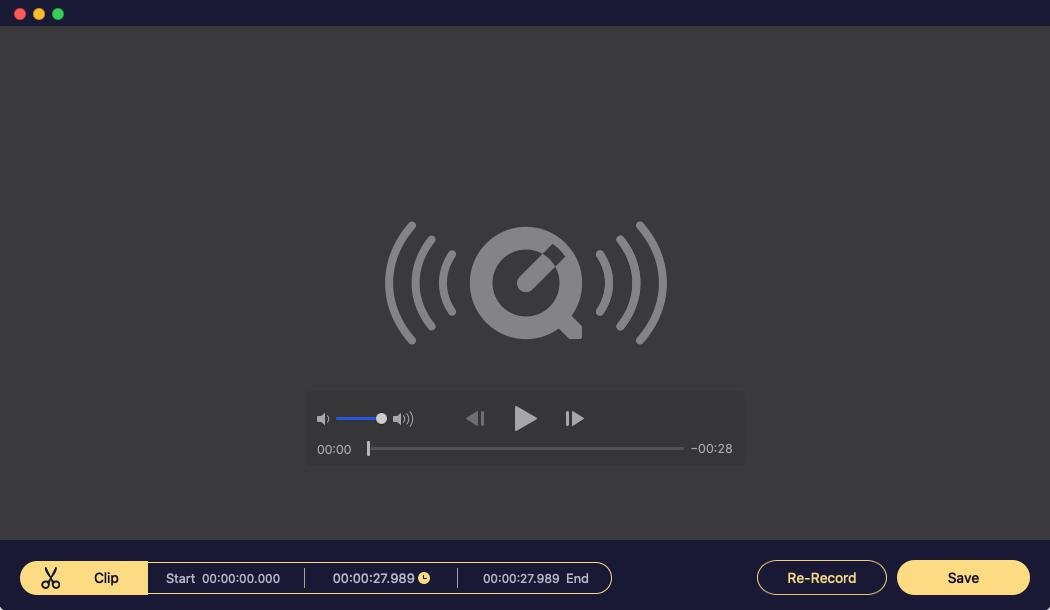 Click Save to export the audio file to a custom destination on your Mac.

Now, you learn how to record an audio file on your Mac. Aiseesoft Mac Screen Recorder will always be helpful no matter you want to record the internal or external sound on Mac.

2. How to record voice on Mac with Voice Memo

As the native software of Mac, Voice Memo can be pretty helpful if you want to make a voice memo. It’s very easy-to-use, you can master it within minutes. Follow this to record a voice memo on your Mac.

On your Mac dock or Application, open Voice Memo. 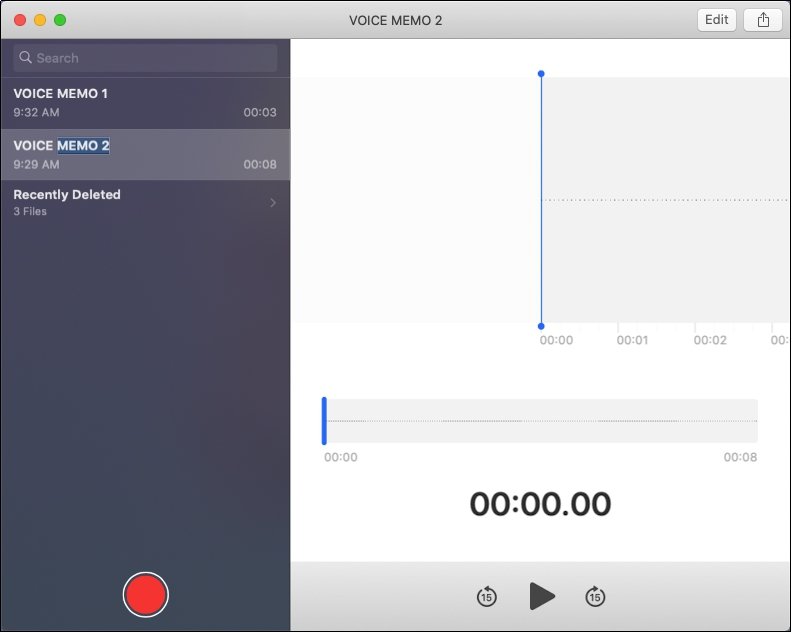 On Voice Memo, click the red button to start recording voice and start speaking to the microphone then. 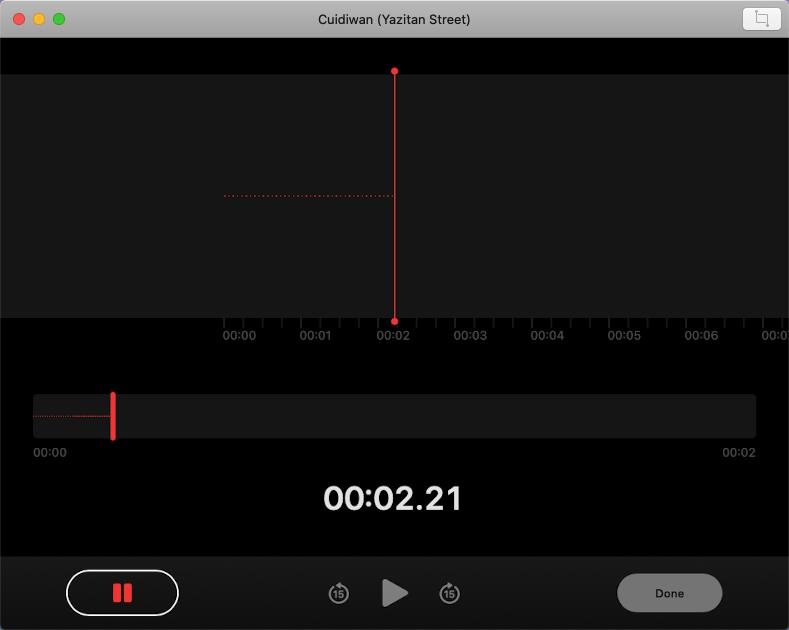 Step 3 Save the audio file on your Mac

Finish recording, click Done. The file will be saved and you can find it on the Voice Memo’s interface.

Voice Memo also supports in-app trimming and sharing. At the top-right corner of the app, you can see two buttons, Edit and Share.

3. How to record an audio file on Mac with QuickTime

QuickTime is a useful video/audio recording tool on Mac computers. You can use it to record onscreen actions, capture your screen, and record your voice.

Here’s how you can use it:

On your Application or dock, locate QuickTime, right-click on it, select New Audio Recording. 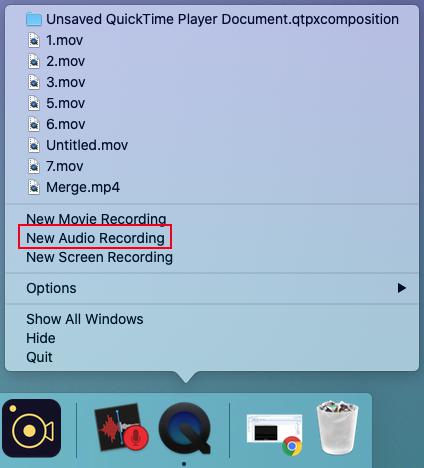 After that, a small window of Audio Recording appears. 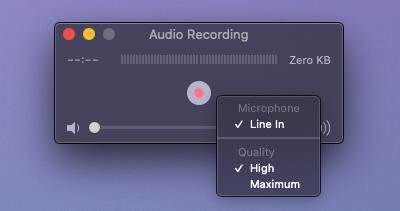 Click the round button in the middle of the window to start recording, speak to your mic then. Hit the button again to stop the recording.

To save the audio file on your Mac, you need to click the Close button on the top left corner first and a small dialog box will pop out.

On the box, rename the audio file and decide the destination where you can find it, click Save, your file will be stored.

Now, the process of how to record voice on a Mac computer is clear to you. All three of the fore-mentioned tools are all very easy to use and have great performance is voice recording. Noted that Voice Memo and QuickTime Player cannot help you record the playback on Macs, use Aiseesoft Mac Screen Recorder instead.