Skype, as a popular communicating tool, helps us a lot in contacting others. With it, we can easily have a voice or video conversation with single or multiple individuals for online conferences, lectures or interviews, or just ordinary chatting.

When having a very important voice/video call on Skype, you can record the audio from it for later review. To record a Skype call audio is not difficult at all, you just need an audio recorder to do that.

On this page, you can find 2 very useful audio recorders, one is Audacity and the other is an Audacity alternative, Aiseesoft Screen Recorder. From the following content, you will find out the exact steps of using these to record your Skype calls.

Part 1: How to record Skype calls with Audacity 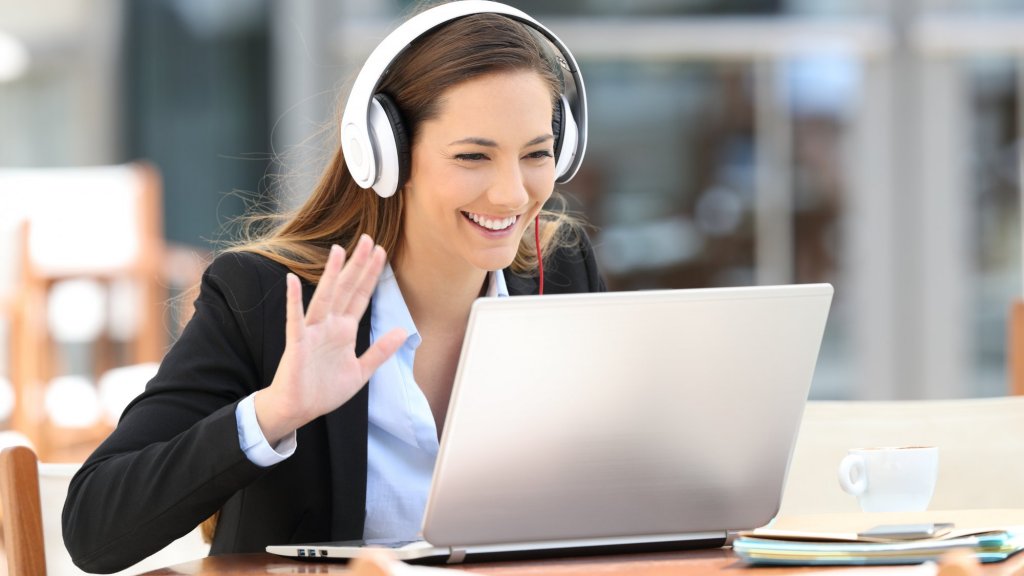 Part 1: How to use Audacity to record Skype Calls

As an open-source program, you can download Audacity free from the official website. But before we start, it’s necessary for you to know the Audacity’s biggest defect in recording Skype calls.

Audacity is programmed with a single line-in recording capacity, which means you can only use Audacity to record your own voice through a microphone device or other participants’ voice playing through your speaker. You cannot record both sounds together.

Unless you’re the meeting scribe or a student who is recording your teacher’s speech, you’d better try Aiseesoft Screen Recorder to record the whole Skype call.

Step 1 Set up for audio recording

You need to set up an audio source in Audacity to enable it to capture the sound from a voice call.

On the interface, change the Audio Host to Windows WASAPI. Then, choose a recording device.

Then, open your Skype. Attend a meeting or you can host one. Wait for all the attendees to get in and when everyone is in, you can start your recording.

Press R on your keyboard or click Record on the Audacity window to start the Skype audio recording.

Tip: Using Audacity to record a Skype doesn’t require the permission of the host, and no one will know that you’re recording.

When the conversation is done, click Stop to finish the recording. Click Play to preview the audio file you just capture.

Step 3 Save the recording

Go to File > Export, you’ll be given a list of choices, you can export the audio file as MP3, MAV, OGG, or other formats. 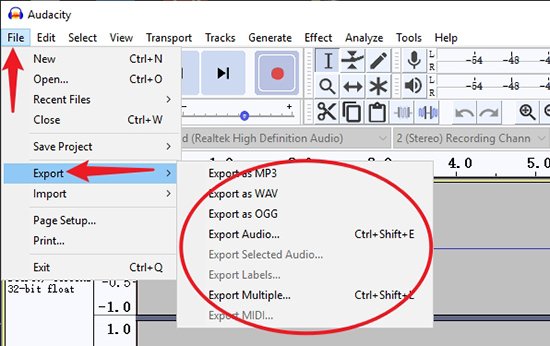 This is how you can use Audacity to capture your Skype calls.

Since Audacity is only capable of single-line-in recording, it’s not helpful while you want to record all sounds in a Skype call. Here, you can use Aiseesoft Screen Recorder to do that.

As one of the best screen and audio recorders on the market, Aiseesoft Screen Recorder is programmed with the very easy-to-use operation and wonderful performances in video/audio recording.

These are what the program can give you, now, let’s try to use it to record a Skype call.

Launch Aiseesoft Screen Recorder on your computer and choose Audio Recorder on the interface.

Then, turn on both Microphone and System Sound to record the whole conversation.

Minimize the program’s window after turning on the 2 options.

Open your Skype and call your friends or colleagues. When the conversation begins, press Ctrl + Alt + S to start recording the Skype call.

Then, the app will work to capture all the sounds from your Skype calls, you can see the length of the audio file from a floating panel.

In this way, you can record the whole Skype call and all the participants won’t know it.

When it’s complete, use the same shortcut to stop the recording.

Screen Recorder will open a window for you to preview the audio file, you can trim it if you want to. Click Save, the file will be stored on a custom destination. 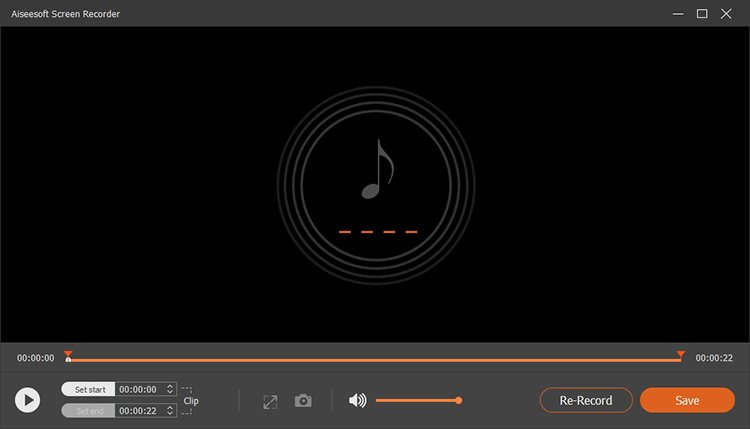 How do I record a Skype video call?

To record a Skype video conversation, Aiseesoft Screen Recorder can be the optimal choice.

On its main interface, choose Video Recorder, then, decide the audio source and you can turn on the Webcam option if you want to.

Click REC or press Ctrl + Alt + S to start recording a video conversation. To find out the detailed steps, you can read the page below:

How to fix Audacity not recording mic/computer sound？

There’re multiple reasons for your Audacity not recording sound issue. To find out the detailed fix, you can check here: Easy Fix: Audacity Is Not Recording Micphone/Computer Audio.

All in all, use Audacity to record a Skype call is not a good idea since it has an obvious limitation of single audio-in recording. So, you’d better try an alternative like Aiseesoft Screen Recorder to record a Skype conversation.