How to Record a Webinar on Mac with Sound

Webinar, a word combined by ‘web’ and ‘seminar’, means online seminar and is becoming increasingly popular nowadays. During the extraordinary period of the epidemic, webinar allows us to participate in meetings anytime anywhere. Whether product launch meetings or online lectures, webinars can help to expand the reach, deliver value and generate leads long after the webinar has ended, by providing a platform to hold these events and letting people join them with a smartphone or a laptop.

If you are planning to host or join a webinar on your Mac, it’s a good idea to record the webinar for your own reference or share later. Here we will provide some ways to help you record webinars on Mac.

Method 1. Record a Webinar on Mac with Aiseesoft Webinar Recorder for Mac

With Aiseesoft Webinar Recorder, recording a webinar is quick and simple. As a professional third-party video/audio recording tool, Aiseesoft provides affluent functions as well as a user-friendly interface. If you would like to record a big business conference, just follow the steps below.

1) Install and launch Aiseesoft Mac Screen Recorder before the webinar begins, as some settings will make your recording easier.

When the tool is running, the interface likes the image below.

Tips: Suppose the conference will last the whole day and will end at 16:00. The “Set record length” function will help to stop recording on time to avoid the disaster caused by recording too long to save the video file.

2) Click “Video Recorder“, a window contains some settings will appear. You’re free to record the whole screen or a part of it by choosing “Custom” and drag your mouse to choose the ideal area.

If you are the webinar holder, just turn the camera and microphone options on to record the video captured by the webcam and your voice. If you are an attendee, please don’t turn on the microphone option, or the recorded voice can be very messy. 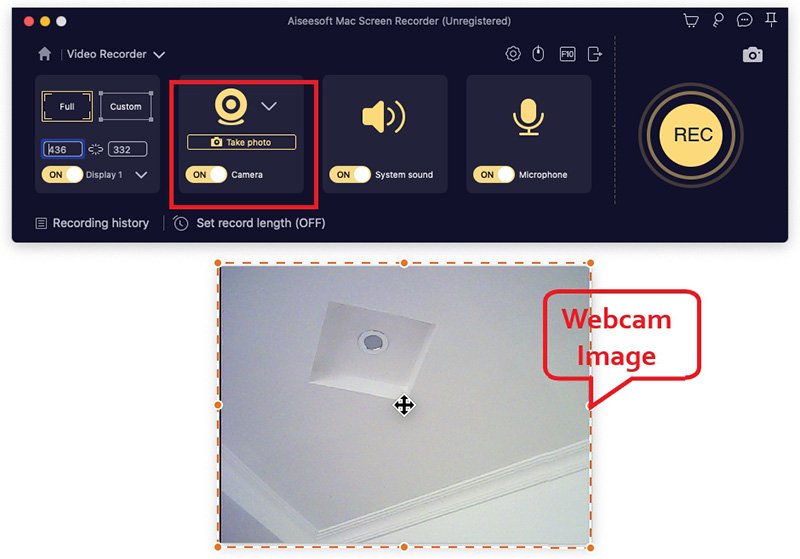 These settings may not enough. You could do more settings about recording preference.

For instance, to upload the recorded videos on YouTube, you need to produce the video in a specific format. Luckily, output format, video encoding, and frame rate can be set by clicking the gear button in this window.

2) After all configurations are settled, you can start recording by clicking the REC button. Aiseesoft Mac Screen Recorder holds a great feature that allows you to mark or comment on the video during recording. Thus, you are free to mark on the video or take notes to help you point out the emphasis.

1) Help to fix the problem that recorded video without system sound.

Method 2. Record a Webinar on Mac with its Hotkey

As macOS is still upgrading, some usages introduced here may have slight differences with your computer’s. Here we suppose your macOS version is Mojave or higher. It’s easy to start recording the full screen or part by hitting hotkey ‘Shift + Command(⌘)-5’. After hitting these keys at the same time, you will see onscreen controls for recording full screen, a part of the screen, or just capture the snapshot of your screen. 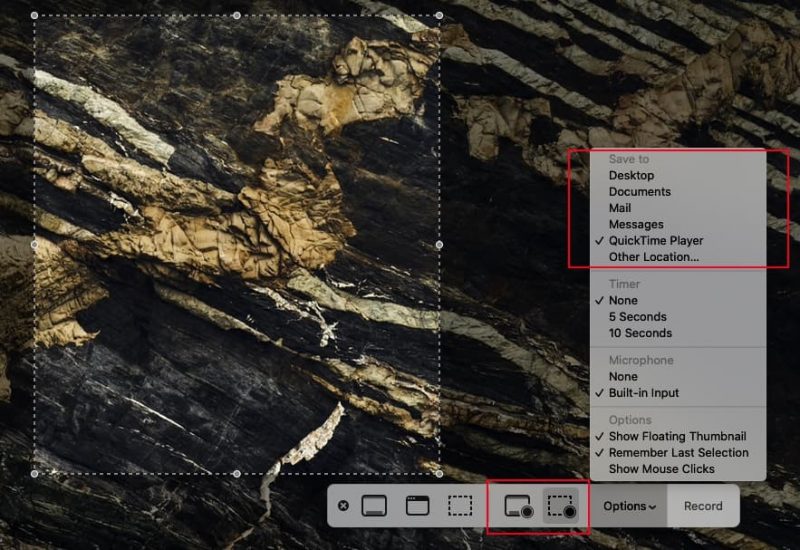 A series of buttons will appear at the bottom of the screen. If you want to record the full screen, just click

. If you only want to record the webinar window, you need to press the

button instead. When your pointer changes to

To start recording a webinar, you need to switch the webinar software to the front view, then click the ‘Record’ button in the on-screen control panel. When you would like to stop recording, just click

in the menu bar or press the hotkey ‘Command(⌘)-Control-Esc (Escape)’ to end the recording process.

After the recording ends, a small pic will show at the right bottom corner of your screen, and how to deal with it is up to you. If you didn’t take any action, the recording will be saved automatically. Of course, you can drag it to the folder you want to save it or click it to play the recording. 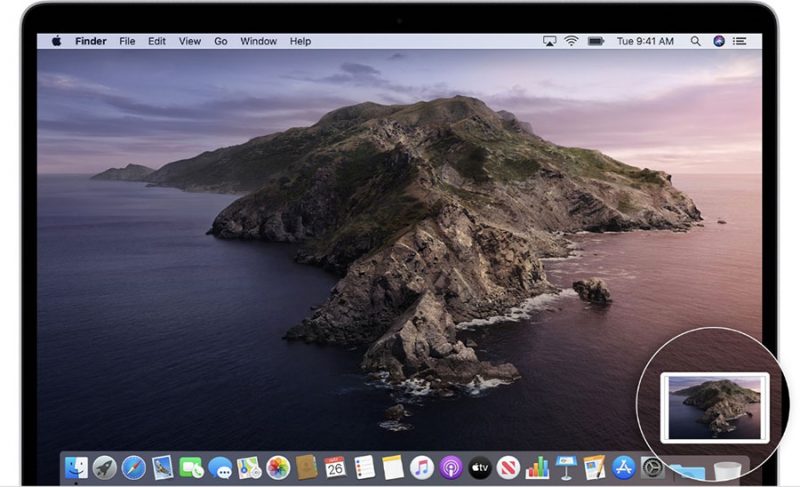 Although it’s convenient to record a webinar by macOS’s hotkey, the recording is always lack sound. To let it record sound, you need to install a third-party auxiliary tool like Soundflower to help you collect system audio. Apart from this, make sure to upgrade your system to macOS Mojave, or the recording screen with hotkey may not successful.

Method 3. Record a Webinar on Mac with QuickTime Player

If your macOS is lower than Mojave, don’t worry, just record webinars by QuickTime alternatively. QuickTime Player is a multimedia framework developed by Apple Inc. As it holds strong functions and is free-of-charge, QuickTime is popular among macOS users. If you have installed this tool on your Mac, let’s see detailed steps now. 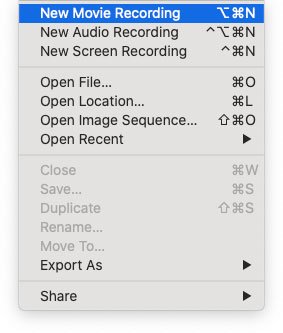 A window like onscreen control will appear and its buttons have the same meaning. When you click ‘Recording’ to start, a new window contains the recording button and the soundtrack will appear. Before official begin your recording, don’t forget to click the arrow next to

to change the recording settings:

or press ‘Command(⌘)-Control-Esc’, the recording will be saved locally.

Though QuickTime Player provided more options, usually it only catches the sound of the microphone. The problem can be solved by installing a plug-in and do extra settings. Also, some users find the sound of recordings by QuickTime is intermittent and this problem is unsolved.

In this article, we introduced three ways to record webinars on Mac and two of them are releveled by Apple. To ensure high quality of the recording and avoid loss of sound, choosing a professional third-party tool like Aiseesoft Screen Recorder will be a better choice.