Back in the time while watching a DVD movie on a computer, all we need to do is to pop the DVD into the computer and launch a video player to watch the movie loaded in the disc. But things change when watching a Blu-ray movie on a computer, such easiness will be gone. Simply opening the Windows Media Player cannot play the BD movie anymore.

Nevertheless, we must learn how to play the Blu-ray content on Windows computers due to the yearns for HD frames that only Blu-ray movies can deliver.

In this post, you will find all the information to play the Blu-ray movie on your Windows 7/8/10 computers including the how-tos. 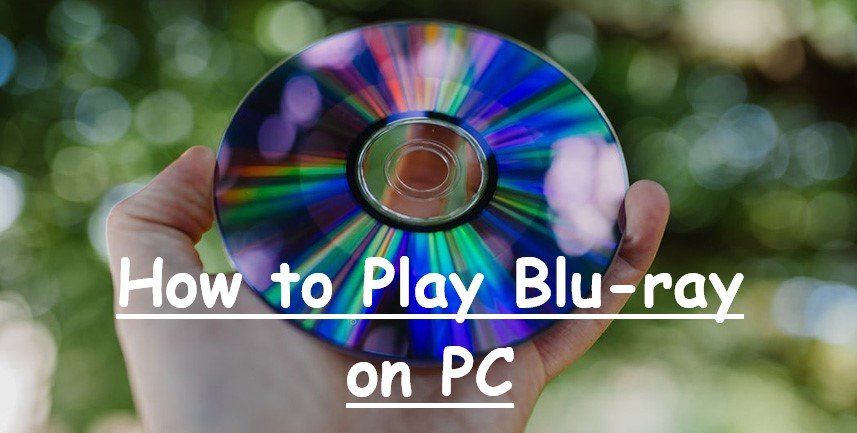 Before starting to learn the skills of playing Blu-ray movies on a PC, let’s get to know some basic information about it first.

Formally, Blu-ray or BD, the short for Blu-ray Disc, is a digital optical disc storage format. It’s the superior successor of the DVD format, capable of storing videos that are hours long and dozens of GB large in high-definition(720p and 1080p) or ultra-high-definition(4K).

What does it take to play Blu-ray movies on a PC?

To play Blu-ray movies on PCs, first thing first, you must have a Blu-ray disc or a BD folder where stores the movie.

The second thing you will need is the Blu-ray player software. Unlike regular video formats like mp4, wmv, and DVD, the BD format requires specific codecs to decode and play. Video players, for example, Windows Media Player and a large number of normal video players, are ineligible to play Blu-ray on Windows. And a perfectly designed Blu-ray player surely can.

You may find a disc drive on your PC, which is good indeed, for the DVD playback though. Most disc drives on PCs only support to read DVDs, not BDs. Since many computers and especially laptops don’t have a BD drive on board, you’d better buy one and insert it into your computer to enable your computer to read BDs.

If you don’t know how to choose a Blu-ray drive, well, check out this post – Best ASUS Blu-ray Drive for Windows, to narrow down your choice.

To warp up, you need the resource of Blu-ray movie, a professional Blu-ray player, and possibly a Blu-ray drive to play Blu-ray on a Windows computer.

Assume that you have already got yourself a Blu-ray movie and a drive, let’s see some steps of playing the BD movie.

Choose a BD player on your PC

As mentioned before, you will need a professional media player to play Blu-ray movies on a PC. Here are two of my recommendations, with the following notes to keep in mind.

Use Aieesoft Blu-ray Player to play Blu-rays on PC

Standing on the cutting edge of Blu-ray playback, Aiseesoft Blu-ray Player is a gift for Blu-ray newies and professionals.

Designed to be simple, it takes only 2 or 3 clicks to display a BD film on your computer without any difficult preset at all.

Thanks to its great decoding ability, Aiseesoft Blu-ray Player delivers you an HD movie in 10 seconds after you hit Open Disc/File when some BD players will take 1 minute. Besides, its decoding ability also allows you to play BD folders, DVDs, ISO folders along with all the regular video formats. You can use it as the default video player on your PC. 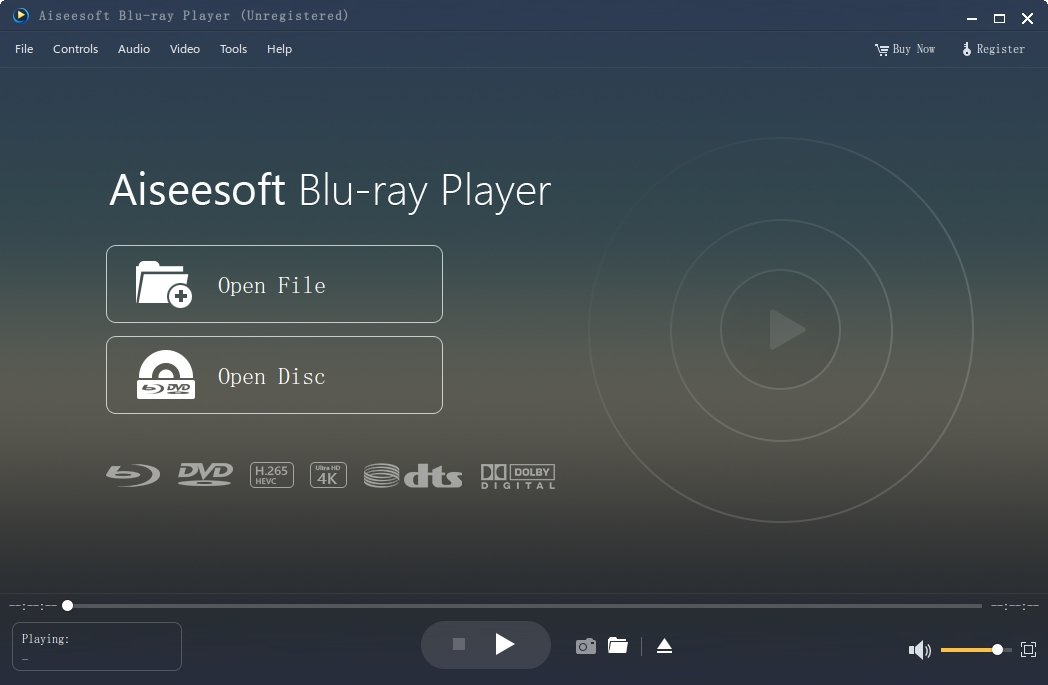 Supporting 4K playback and Dolby 7.1 surround sound effect, you can have unprecedented frames and sounds enjoyment from the movie viewing.

To find out more, download the app on your computer and have a go then.

Let’s see how it works to play a Blu-ray movie.

You can set it as the default video player, so next time you only need to double-click on a movie to activate Aiseesoft Blu-ray Player for the movie playback.

On the interface, 2 buttons are listed.

To play a Blu-ray disc, click the Open Disc button and locate the disc, click OK to proceed.

Click Open File when there is a BD/BDMV folder on your PC, still, locate the folder and click OK. 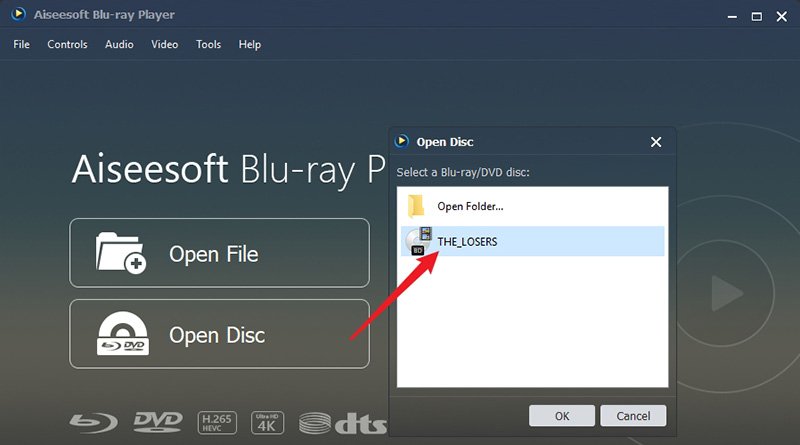 Aiseesoft Blu-ray Player will take a few seconds to display the movie to you.

On the screen, you will see some options, like Play Movie, Chapter, Audio, Subtitle, Other Titles. 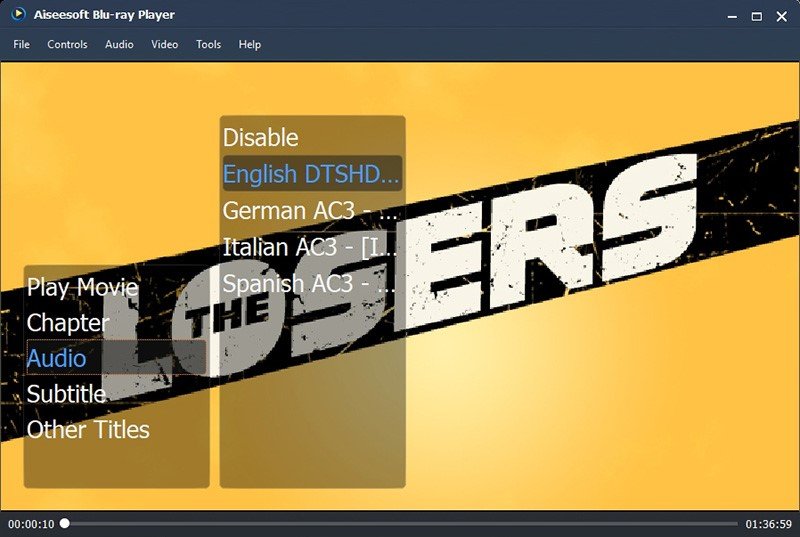 The last thing you need is to enjoy it.

Use Cyberlink PowerDVD 20 to play Blu-ray on PC

Cyberlink PowerDVD 20 is similar to Aiseesoft Blu-ray Player, in that it can play Blu-ray discs, BD folders, DVDs, and ISOs in high quality. Boasting as the world’s NO.1 media player, PowerDVD 20 is definitely worth a try thanks in part to its up-to-8K upscaling, 3D/VR visual enhancements as well as Dolby 7.1 surround sound support, which in short, you can enjoy something that can only be done in a virtual theatre. 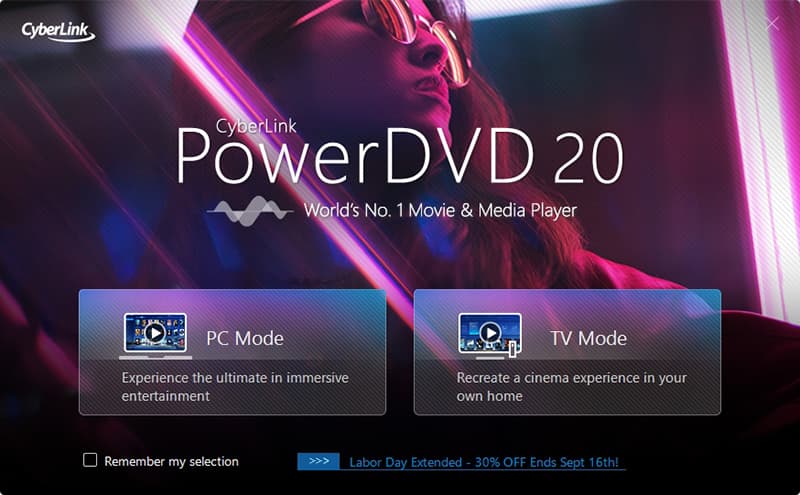 Besides, as you signed into its Ultra version and download a mobile app on your phone, PowerDVD offers 100-GB cloud storage so that you can upload movies onto the cloud and later watch on-the-go anytime and anywhere you like.

Step 1 Launch the program on your PC

On PowerDVD, choose PC Mode (Of course you can choose the TV Mode) and locate the Blu-ray from the list. Click the Play button to start the playback. 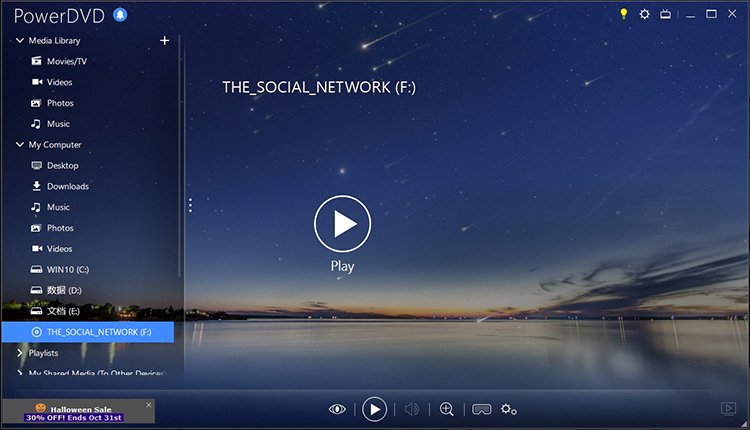 Then, click the Play Movie button to start. Just enjoy the movie.

Take into account that the price of a Blu-ray disc ranges from $5 to $100 or so, you may hesitate to buy a Blu-ray disc. So, instead of buying one, you can go to a Redbox spend $2 to rent a Blu-ray disc. Then, open the Leawo Prof. Media and rip the movie onto your computer. In this way, you can watch the BD movie repeatedly without the disc anymore.

The Leawo Prof. Media is a great tool for people to rip and copy Blu-ray contents with easy steps. Once installed, you can start to rip the content from the rental Blu-ray disc with a high success rate even though it’s encrypted. 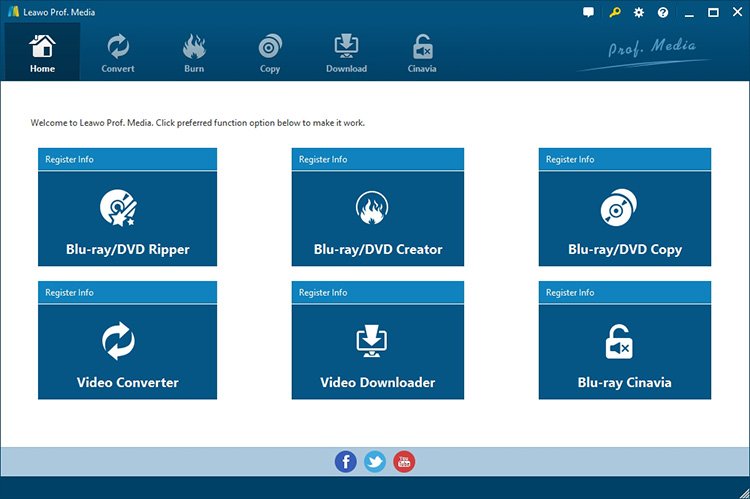