As the world’s one of the most hot-sale video game consoles, the Sony PlayStation 4 brings infinite pleasure to avid video game lovers. Besides the primary task of providing gameplay, many users are concerning if the PS4 has a Blu-ray player so that they can play Blu-ray on the PS4.

To be clear, PS4 can play Blu-ray discs with its built-in Blu-ray player.

To make PS4 read the Blu-ray gaming disks, Sony installed a Blu-ray player on its creation, and in 2013, the Orbis OS 1.50 system update improved PS4s with a Blu-ray playback feature.

How to play Blu-rays on PS4?

Step 1 Turn on your PS4 and make sure all cables are firmly connected.

Step 2 Pop the Blu-ray disc into the disk tray of your PS4 console.

Step 3 Locate the Blu-ray Disc icon from the pop-out menu, click it, and hit Start to proceed. Your PS4 will start to decode the disk and display the movie. Enjoy it. 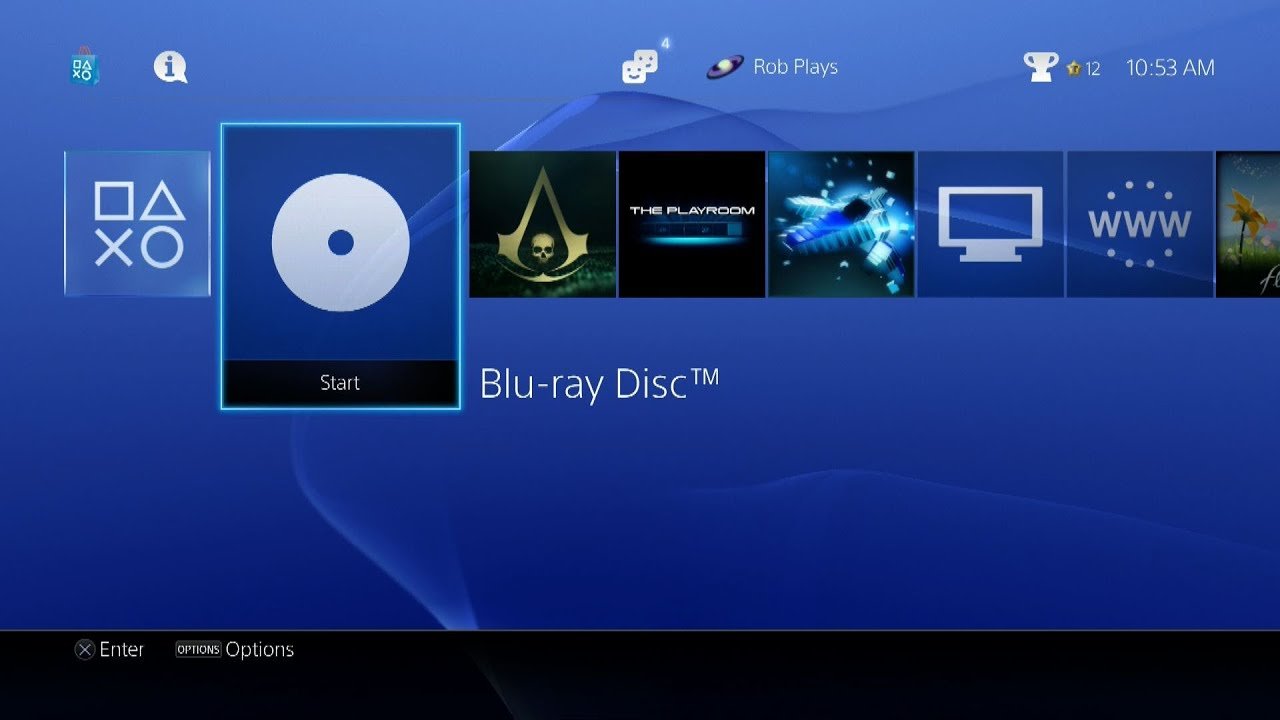 It’s quite simple, isn’t it? Now, you may try to play a Blu-ray disc on your PS4.

Tip: Remember to enable the Blu-ray playback feature on your PS4 with an internet connection when playing a Blu-ray disc on the console for the first time.

There are 5 main circumstances that your PS4 will fail to play Blu-ray, check these out:

Most commercial Blu-ray discs have a region code that makes the disks only readable and playable when you use the PS4 with the same region code.

All Blu-ray discs are encrypted with methods. One of these protection methods is AACS. If the disc you’re using is under the protection of AACS, make sure your PS4 has a stable connection to have access to the latest decryption codes from the Internet. Otherwise, the disc is unreadable.

There’re many kinds of Blu-ray discs, like BD-ROM, BD-R, BD-RE, and some of these disks have a suffix of DL or XL(BD-R DL/XL, BD-RE DL/XL), meaning these discs have double or quadruple layers for richer storage.

And your PS4 has no problem in playing single-layer Blu-ray disc, yet, it CANNOT read and play the multi-layer discs as well as the latest 4K/UHD BD.

PS4 was initially only capable of reading Blu-ray discs and no Blu-ray playback function is involved. Later in its 2013 1.50 system firmware upgrade, PS4 was finally capable of playing Blu-rays.

However, since the firmware is always unstable that it might have all kinds of errors among which is the Blu-ray playback failure.

Some disks are unreadable because of scratches, dust, bending, and also the quality of disk burning.

How to play Blu-rays on PS4 when errors occur

When the PS4 fails to play Blu-ray because of all the previous factors, you may rip the Blu-ray movie into a PS4-compatible video file so that you can play the Blu-ray movie on your PS4 without further using the disk.

Case in point: You may rip the Blu-ray movie as an MP4 video file and transfer it to your PS4 for playback.

To rip the Blu-ray to a video file, you will need a computer with Blu-ray ripper software installed. If you are new to Blu-ray ripping, Tipard Blu-ray Converter will suit you well.

Check out the steps:

Step 1 Install the program on your computer 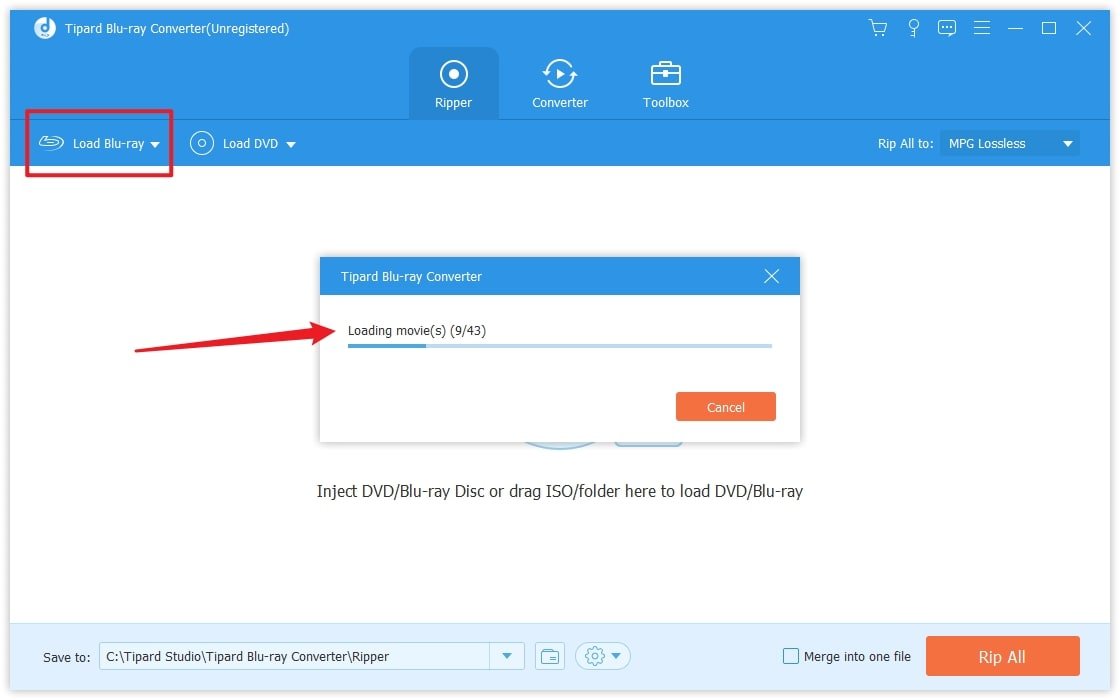 After the disc is loaded, you will see the main title of the disc. You may choose to rip the movie only or all the existing titles, click Full Movie List and check all the remaining clips.

Next, decide the video format. Hit Rip All to: and locate MP4, choose Same as Source for lossless ripping. 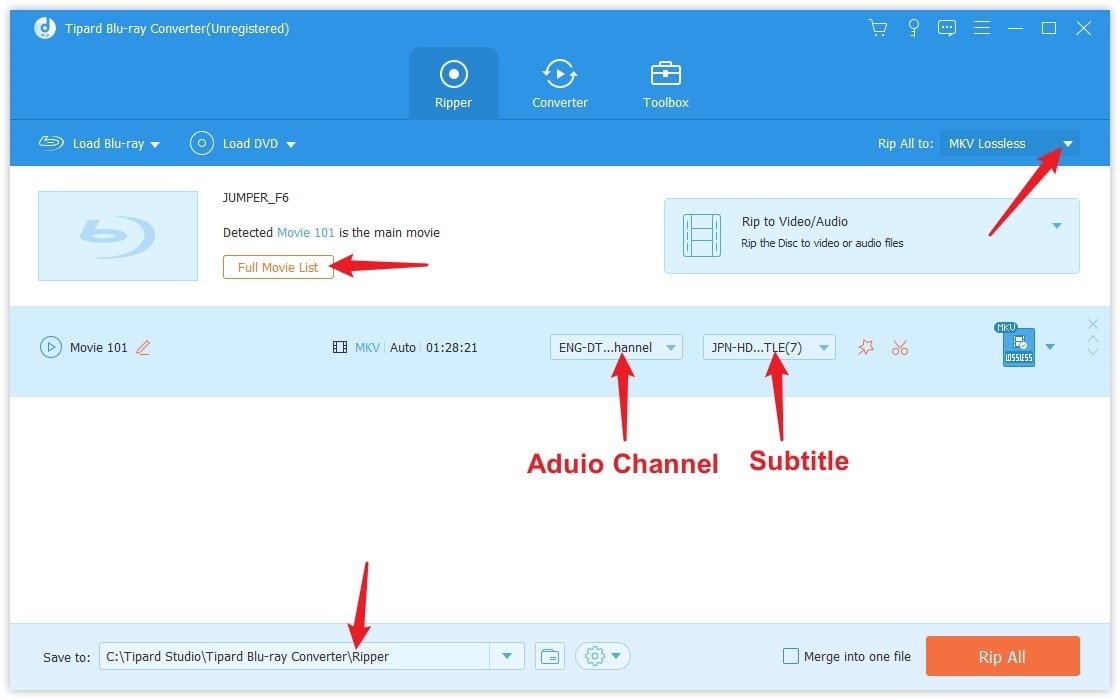 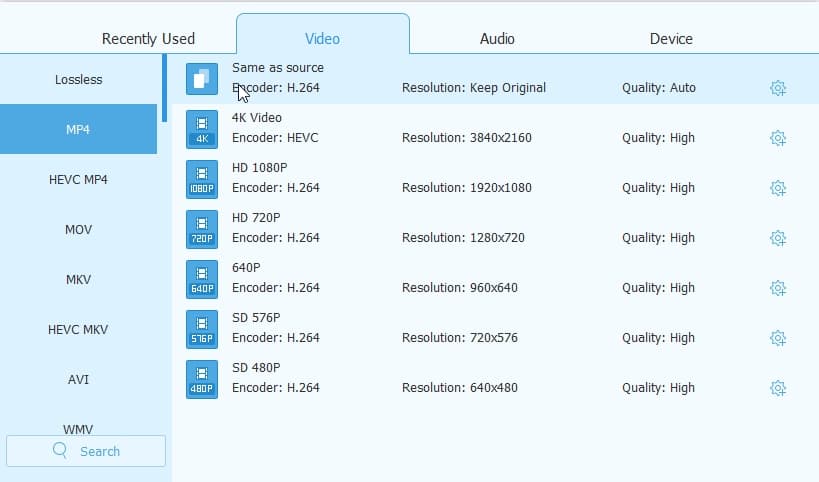 Then, decide the audio channel and subtitles based on your preference.

Before starting, you may choose a folder where you can find the output quickly or use the default one.

All is ready, click Rip All to initiate a Blu-ray ripping. The process will last a couple of minutes, when it’s complete, click Open Output Folder to preview the Blu-ray movie. 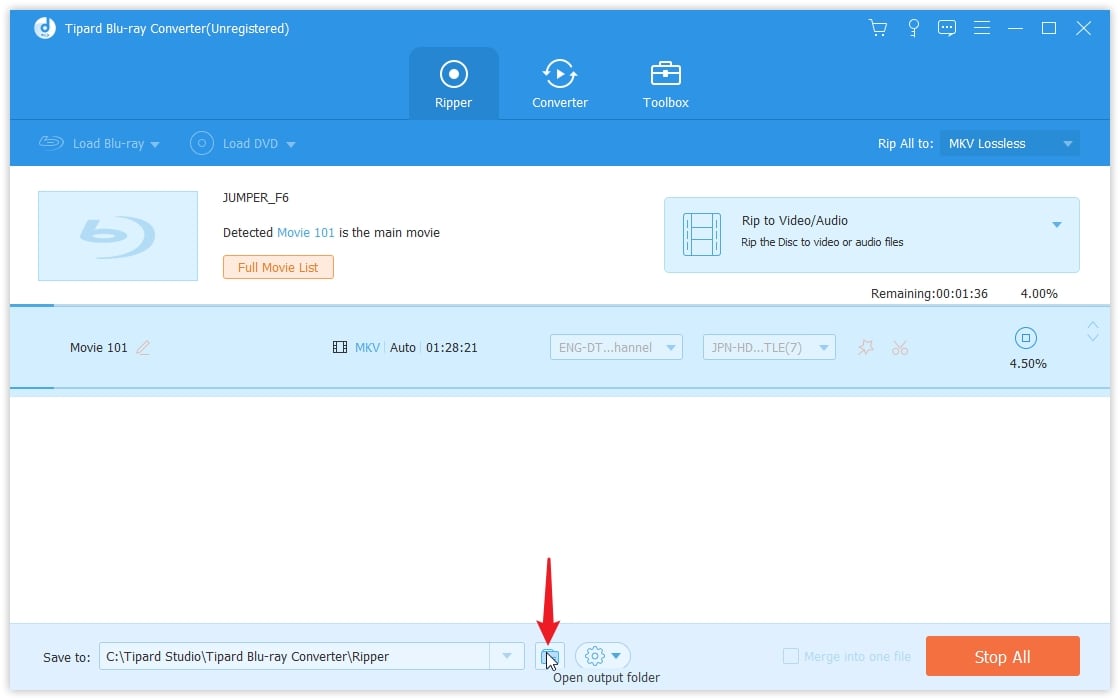 Last, take out a USB hard drive and input the ripped Blu-ray movie, then connect the hard drive to your PS4 to start watching the Blu-ray on your PS4 console.

PS4 can play Blu-rays with no doubt. But sometimes, problems will strike us, which leaves us no other options but to rip the Blu-ray as a video file that we can play on the PS4.