While watching online videos and streaming, listening to music, or having live classes on Chrome, we can record the audio from the content for later review.

If you just want to record a simple audio file from your Chrome, you might try Chrome Audio Capture. This is a Chrome extension that allows users to catch the sound playing on the current Chrome tab.

The extension focus only on Chrome audio capture. Even though there’re other sounds playing on your computer like the music/movie playback from a player, it will only record the sound from the current Chrome tab. You don’t need to mute or shut off other playing sounds but to start a Chrome audio capture directly.

Also, as a Chrome extension, you can easily start your recording via a Chrome tab. You don’t need to download a third-party program and launch it specifically.

How to record Chrome audio with Chrome Audio Capture

Step 1 Install the extension on your Chrome

When it’s added, you can see a little red REC icon on your Chrome extension bar.

You can record the Chrome audio now.

First, you need to open the tab you want to record. And press CTRL + SHIFT + S on your clipboard to activate Chrome Audio Capture. 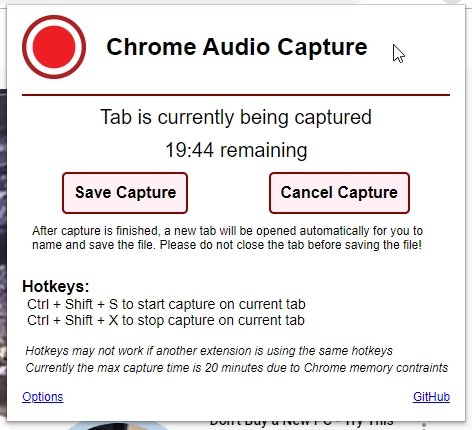 Step 3 Save the captured file

Since Chrome Audio Capture does not offer online storage, it just displays the file on a tab, you must save the file to your PC before you close the tab. Click the Save Capture button and choose a destination where you want to save it. 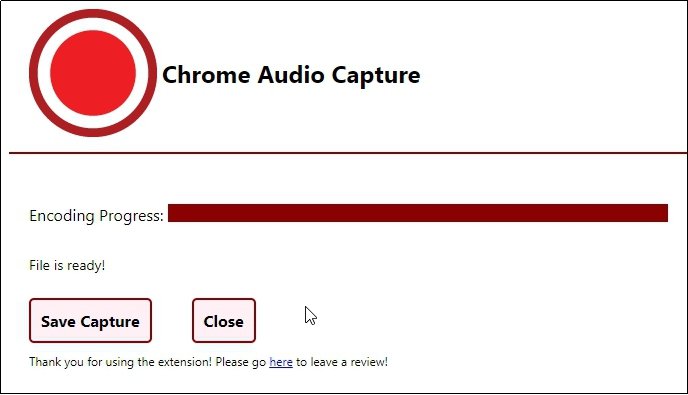 So, this is how you use Chrome Audio Capture to record audio from Chrome. Also, there’re a few downsides of this extension for you to know. 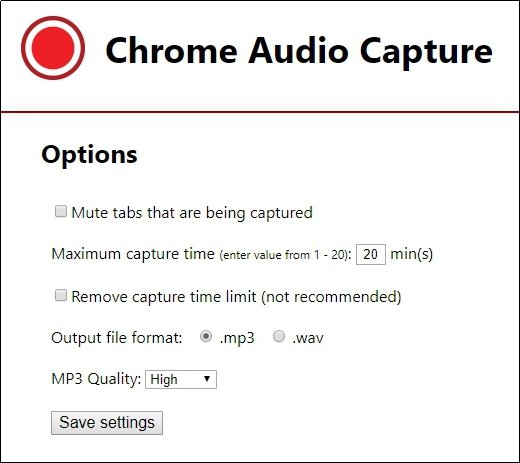 Aiseesoft Screen Recorder is a professional video/audio recorder for Windows and Mac computers.

Now, let’s take a closer look at what the programs can deliver you:

To find out more about the program, you can click the button below to download it for free.

How to record Chrome audio with Aiseesoft Screen Recorder

Step 1 Launch the program on your computer

Launch it on your computer and then choose Audio Recorder from its interface to proceed.

From the Audio Recorder window, turn off the Microphone option and leave the System Sound option on. Minimize the window after that.

Then, you can launch Chrome and open the tab you want to record. Press the hotkey – CTRL + ALT + S to initiate a Chrome audio capture.

It will start to capture the Chrome audio and display a floating panel to show you the length and quality of the file.

Step 3 Stop the process and save the output

When you finish recording, click Stop on the panel or press CTRL + ALT + S to end the recording.

The app will open a window for you to preview and trim the audio file. Click Save and you can choose a folder where you can save the file. 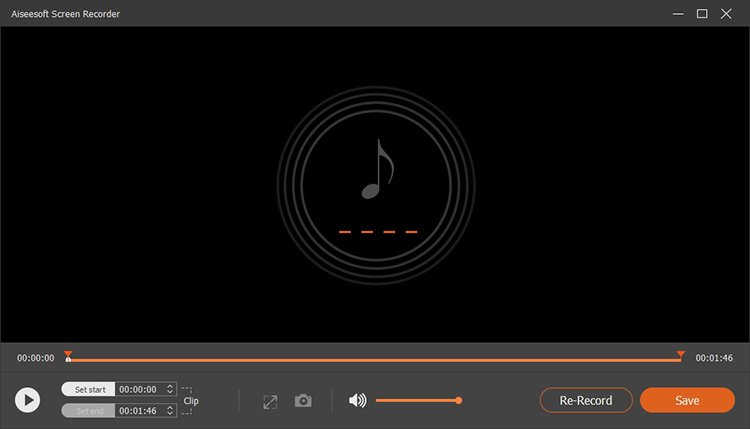 So, this is how you use Screen Recorder to capture audio from Chrome.

You can also use Aiseesoft Screen Recorder to record your screen and create a video. Click Video Recorder on its interface and you’re free to record a high-quality video.

Also, you can click Menu and get into Preferences to modify your audio/video capture. You’re available to change the hotkeys, format/quality of the output, etc.