Cinavia Removal: How Can You Bypass the Cinavia on PS3

PS3 is a pretty old device for sure, but it’s still helpful as a Blu-ray player to play Blu-ray movies at home. Being a crazy fan of both video games and Blu-ray movies, I think that’s something you knew already and have been doing for a long time.

However, sometimes bad things happen – while streaming a Blu-ray on PS3, you may suffer from a muted or paused playback all of a sudden.

The one to be blamed for such a playback failure is the Cinavia protections on your PS3 and the Blu-ray disc you’re using.

What is Cinavia Protection on PS3 and Blu-ray

Being the new standard of anti-piracy technology on Blu-ray, DVD, and other intellectual properties, the Cinavia protections are now being installed on all the Blu-ray players, drives, and discs that are produced after 2013.

These two are the normal situations for your PS3 to play a Blu-ray disc, no Cinavia message will pop out. And there’re cases when the PS3 fails to play the Blu-ray disc properly and displays the Cinavia Message code like:

How to bypass the Cinavia on PS3

Frequently Asked: Can I remove Cinavia from my PS3Some may wonder about the possibility of removing the Cinavia from your PS3 console. Well, unfortunately, that’s not feasible.

With a professional Cinavia removal kit and the proper steps, you can easily remove the Cinavia protection from your Blu-ray disc. So, later when you stream it on your PS3, you won’t suffer from the muted or paused playback anymore as PS3 won’t activate the Cinavia codec when it detects no Cinavia code on the disc.

First thing first, let’s pick up a professional Cinavia removal program, otherwise, we can never have access to that.

To be clear, I will be using Leawo Prof. Media as my first choice and there’re so many other programs on the Internet, you may follow me and use Leawo, or get yourself another suitable one.

Professing to be NO.1 multimedia software on the globe, Leawo Prof. Media is a versatile utility for Blu-ray and DVD burning, ripping, copy, and Cinavia removing.

With the program installed on your PC, no matter what Blu-ray disc you insert, you can simply turn your Blu-ray to Cinavia-free and enjoy it on whatever device you have. No more Cinavia message code, no sound off, just a smoothy playback with exactly the same audio and frames. 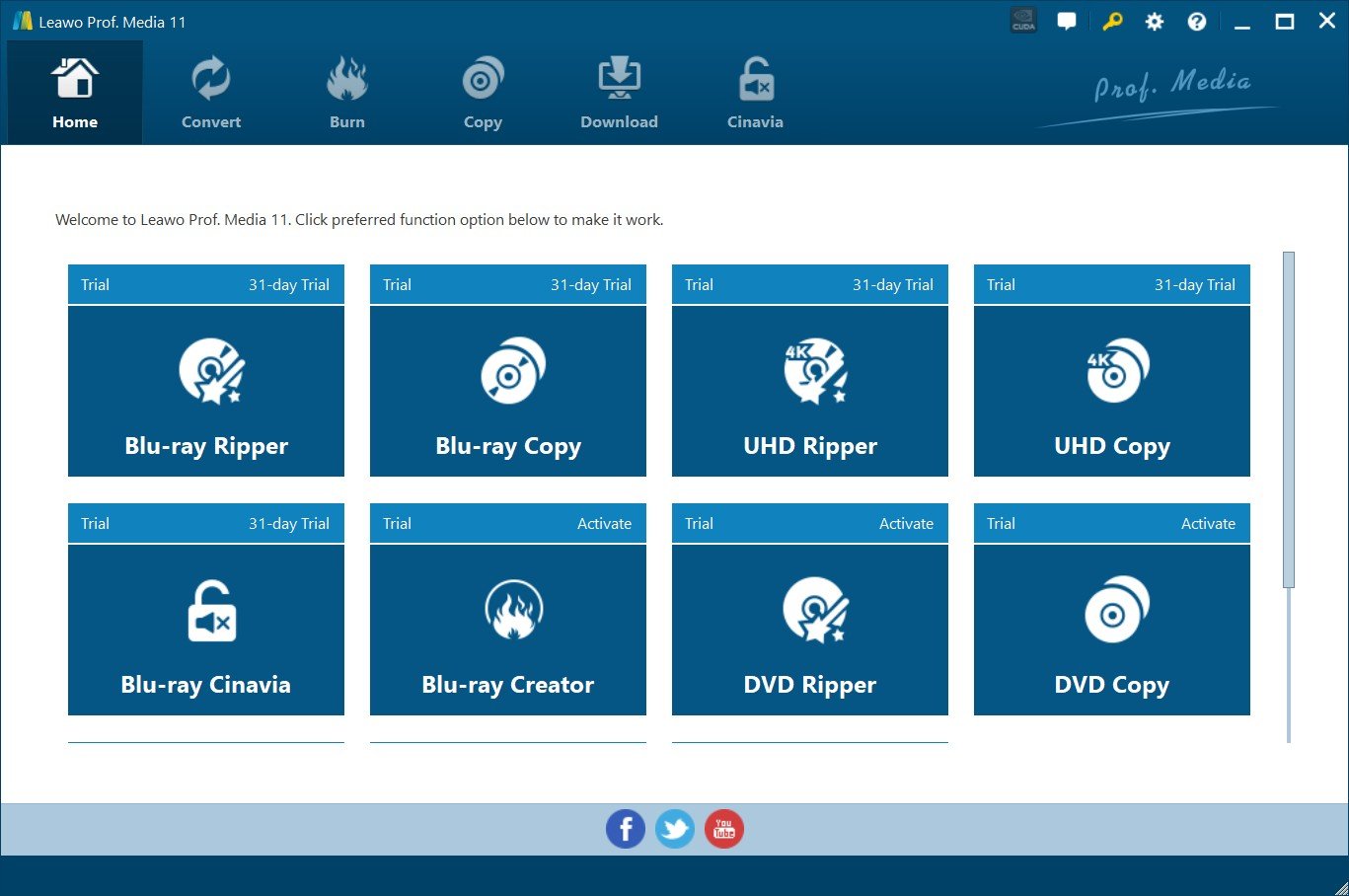 Simple as it is, you can just do some very easy steps, click a handful of buttons, and wait. Cinavia will be gone in just minutes. Do you need any professional techniques or skills? No. Any knowledge needed? No. Even if you’re new to Blu-ray, that’s fine, all the buttons are so easy to understand and navigate. By clicking this and that, you can remove the Cinavia with your eyes closed.

Will the program damage the quality of your Blu-ray movies? No, that’s something they can yell out loud and clear. Supporting 4K resolutions and Dolby 7.1 Surround sound effect, Leawo will never downgrade the Blu-ray you insert, but deliver all the frames and audio that are the same as the source.

Now, download the program on your PC and start to remove the Cinavia from your Blu-ray.

Steps to remove Cinavia on Blu-ray to play on PS3

After downloading and installing the program on your computer, let’s start to remove the Cinavia right away.

On your PC, launch Leawo Prof. Media and pop in the Blu-ray disc to the drive. On Leawo’s interface, click on the Blu-ray Cinavia tab to proceed.

Then, locate the Add Blu-ray option on the top left corner, click it and choose Add from CD-ROM, select the disc you insert to proceed. 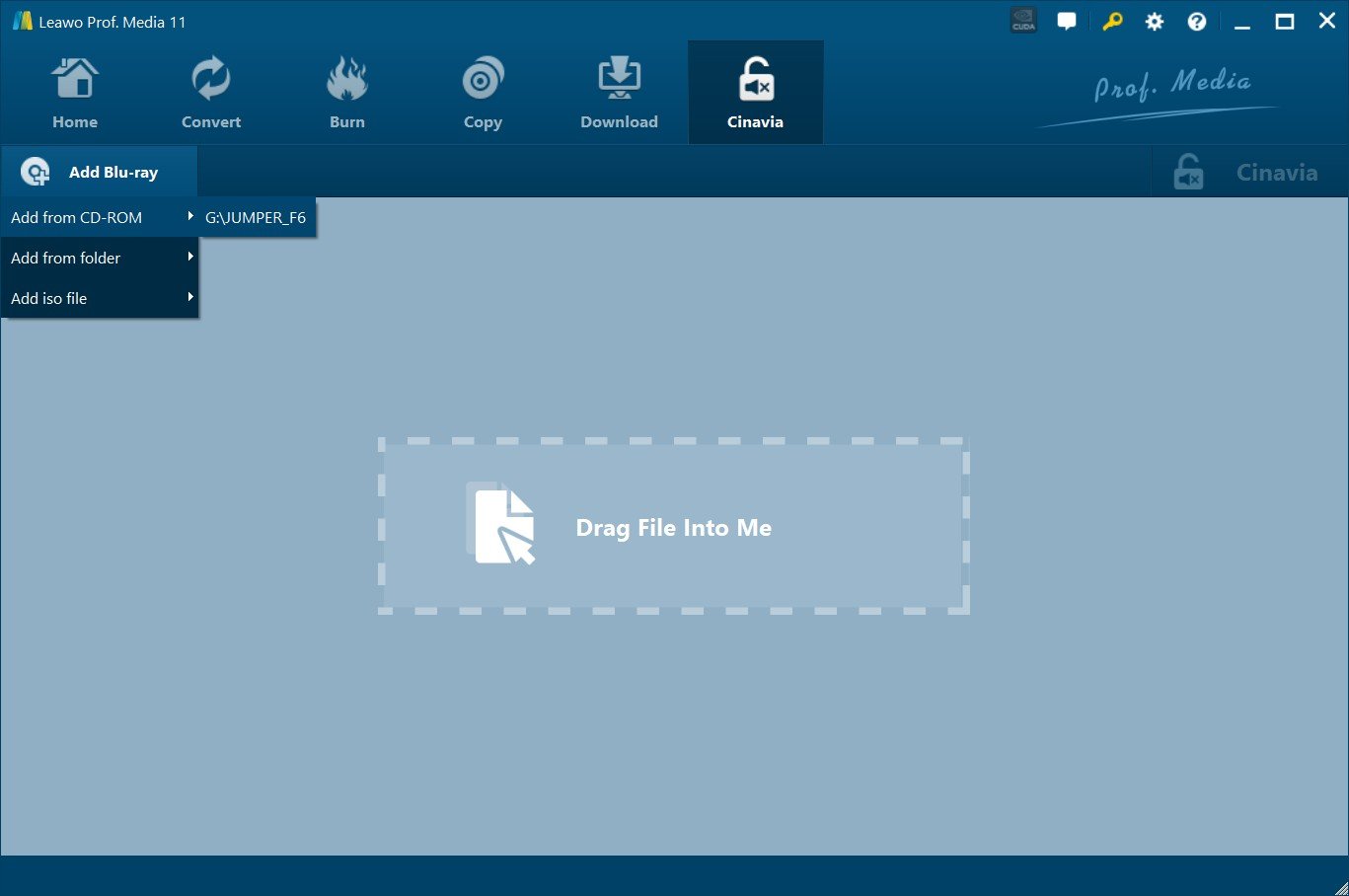 In just a second or two, Leawo will finish processing your disc.

Step 2 Set up for the Cinavia removal

Next, on the panel, you will see Leawo displaying all the videos along with the available audio and subtitles. Click the Full Movie button and then hit the green Cinavia button. 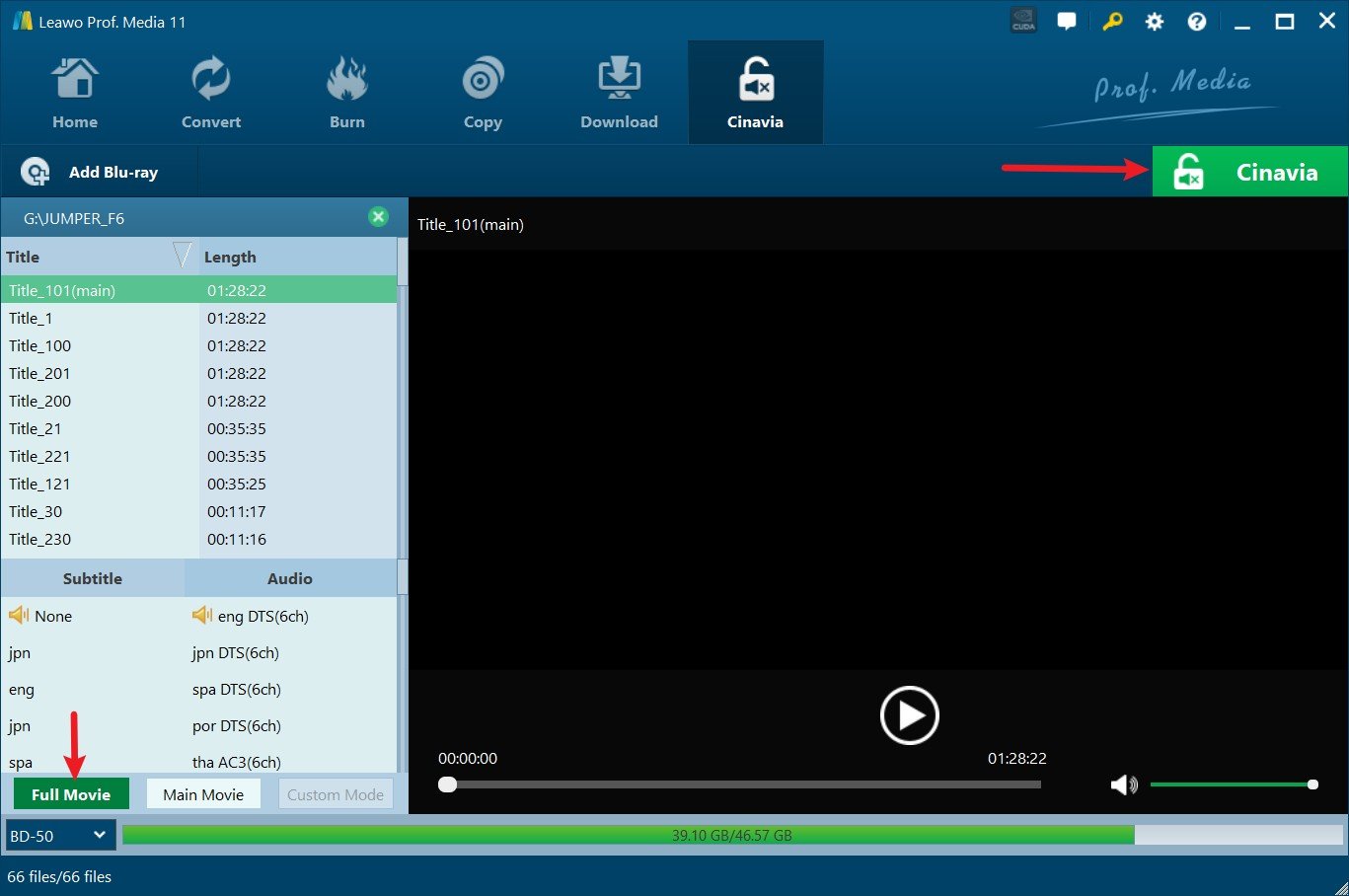 Clicking the Cinavia button, Leawo will activate a new window for you to device the destination of the Blu-ray content. There’re three options for you: 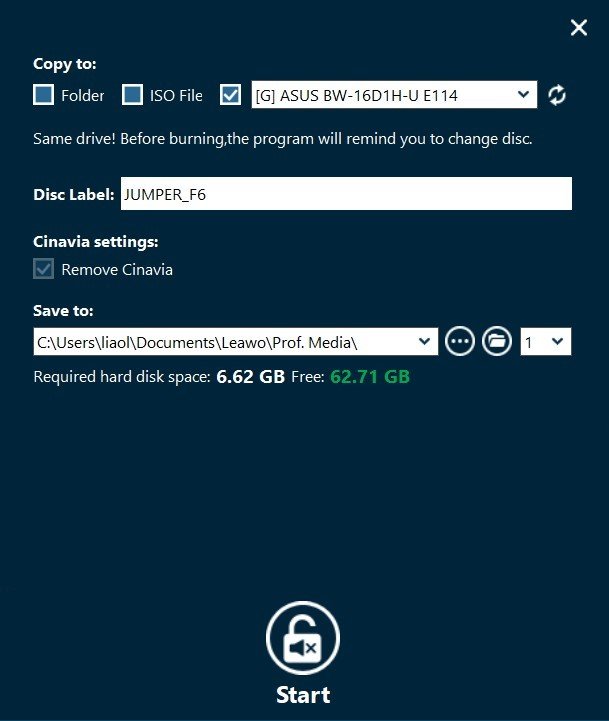 No matter what you choose, you won’t experience the Cinavia message code anymore.

For the Folder and ISO options, once you select one, you can just go Start. Wait for a minute or two, you will have the Cinavia-free Blu-ray content saved on your hard drive. Later, you can stream it on your PC or burn to a Blu-ray disc to play on your PS3.

Copy to another disc:

If you plan on copying the content to another disc, choose the option and then Start. Leawo will start to remove the Cinavia and copy the content of the disc. Later, it will prompt you to remove the source disc and insert the target disc. Follow its instruction and complete the removal.

In 2010, Verance, a company that focuses on digital right management for multimedia content, released Cinavia. And since 2012, it has been mandatory for all Blu-ray devices and discs.

For more details, you may read this: What Is Cinavia Protection and How to Remove It from Blu-ray/DVD.

The first PS4 was released and sold in 2013 that is the first year of Cinavia becoming a standard for all Blu-ray drives, players, and discs. So, the answer is: Yes, PS4 has Cinavia.

Now, only a few Blu-ray players and drives come without Cinavia’s support. You may find a list here: List of Blu-ray Players without Cinavia Protection.

3. How Do I get rid of Cinavia on my Blu-ray Player?

Unfortunately, you cannot get rid of Cinavia on your Blu-ray player permanently. You can only bypass it temporarily by changing the time of the device.